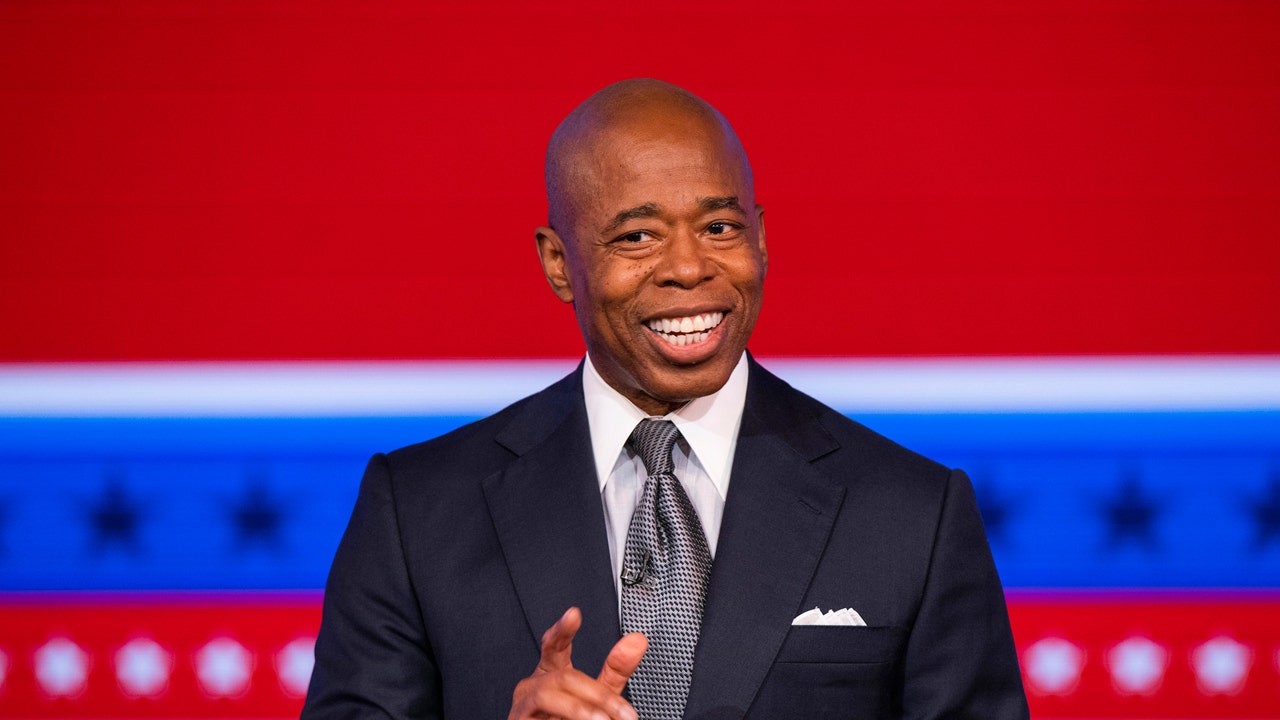 Black Lives Matter New York co-founder said Thursday that mayor-elect Eric Adams longs for a New York where “black people get their heads banged by law enforcement” after he doubled down on his plan to bring back a version of the controversy of the NYPD Secret Anti-Crime Unit.

“Mayor-elect Adams is a low-cost Giuliani imitation longing for old New York where black people get their heads banged by law enforcement and women sit quietly at the back of the room,” said Chivona Newsome, co-founder of BLM NY. retired NYPD captain.

After the group had a controversial meeting with Adams on Wednesday, co-founder Hawk Newsome – brother of Chivona Newsome – told reporters there would be “riots”, “fires” and “bloodshed” If the unit was reinstated. The threat hasn’t stopped Adams from moving forward with his plan to create an undercover gun unit to tackle the growing violence of the Big Apple.

A SHOT ON STATEN ISLAND CAPTURED ON VIDEO

The unit was disbanded by NYPD Commissioner Dermot Shea in 2020 following the strangulation death of Eric Garner at the hands of ex-Officer Daniel Pantaleo.

“We must support Mayor-elect Adams’ plan to restore public safety and remove guns from our streets,” DiGiacomo told Fox News. “The NYPD will do the job. Loud, threatening rhetoric won’t do it.”

The Newsome siblings and their team had a lively exchange with Adams during the impromptu reunion at Brooklyn Borough Hall on Wednesday which was broadcast live on Instagram.

Hawk Newsome described himself as “anti-cop” and said, “Everyone talks about good cops, we don’t believe in good cops.”

Activists pushed ahead with their stated agenda – including funding the police, holding cops legally responsible for wrongdoing, and improving living conditions for the city’s most disadvantaged.

While Adams agreed with many points of the group, he got annoyed when Chivona Newsome said that politicians “get rid of, jive and use rap quotes” but do nothing for the black community.

“You need to be corrected,” he replied, speaking above her. Adams got annoyed again when asked what he would do to hold the police accountable.

â€œHave you lived under a rock? he asked moodily. “Because I did that.”

After the tense session, Hawk Newsome told reporters that if Adams returned the city to the old ways of policing, the group would take to the streets.

In a statement, Adams stressed the importance of engagement, even with his opponents.

GET THE FOX NEWS APP

“As mayor, I will listen to all New Yorkers – especially those with whom I disagree – because this is the only way to move forward,” he said. . “I walked with Black Lives Matter last year and with police reform advocates for the past four decades – and I also proudly wore a uniform to protect New Yorkers.”

An NYPD spokesperson did not immediately return a request for comment.