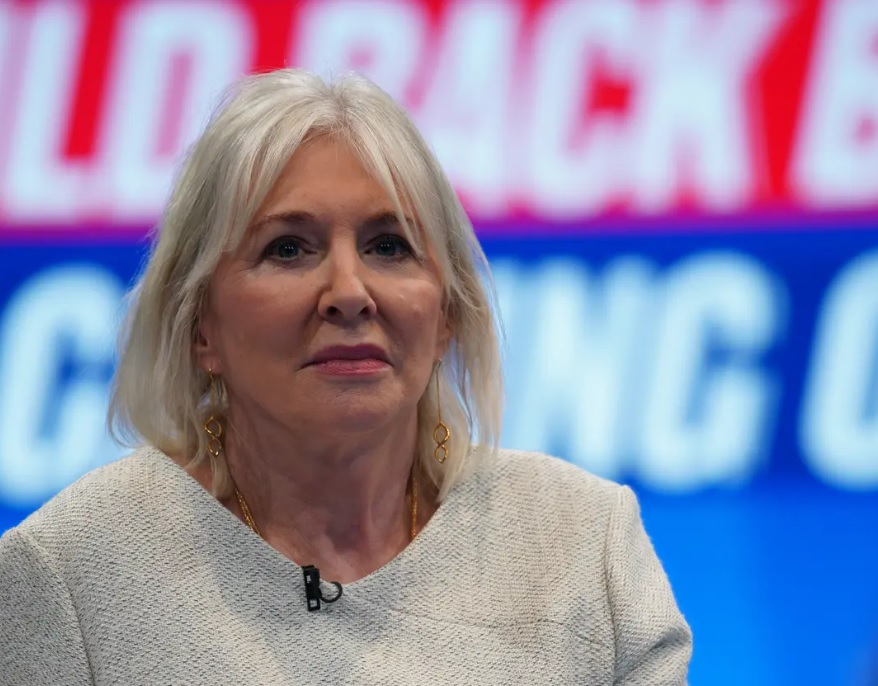 Nadine Dorries has lashed out at Channel 4, saying ‘the broadcaster’s salad days are a thing of the past’.

The Culture Secretary took to Twitter to confront TV presenter Kirstie Allsopp over the channel’s privatization.

The couple exchanged messages on Twitter after an opinion piece by Ms Dorries appeared in the Mail on Sunday addressing the government’s decision to press ahead with plans to sell the chain.

Dorries wrote that former Tory Prime Minister Margaret Thatcher, who set up Channel 4 in 1982, ultimately wanted it to be ‘free from the constraints of the state’ and described opposition to the move as ‘rhetoric lazy, overworked and uninformed from Channel 4″. the mob of the Leftie luvvie lynching”.

Allsopp, who presents the property show Location, Location, Location on Channel 4, responded on Twitter, questioning whether it was “really ministerial” to describe those who oppose privatization as a “lynching” while ” complaining of having been accused of fascism”.

Sharing an article about the US Senate passing an anti-lynching bill, she added, “This article might make you think twice about using the term.”

The government confirmed last week that it would press ahead with plans to privatize Channel 4, which has been state-owned since its inception in 1982 and is funded by advertising.

Allsopp responded to the announcement by tweeting that “no real Tory would sell Channel 4” and that “Lady T is going to turn in her grave”.

In response to her messages on Sunday evening, Ms Dorries suggested that Margaret Thatcher’s memoir The Downing Street Years proved she intended to sell Channel 4.

She also said Channel 4 could not be preserved in its current state due to “falling advertising revenue and falling investment in new content”.

The Tory MP added: “There is of course the bonus that a sale will bring to the whole sector, namely that the proceeds of the sale will be reinvested in people from all walks of life, especially those in communities left behind. matter, because talent is everywhere, not just in the SE.

“We will invest in skills to benefit from incoming demand due to our booming film and television sector due to the favorable tax benefits/reliefs and funding this government has put in place to encourage the film industry to consider Britain as his homeland.”

“I also like C4, especially Location Location, but as I say in my article, it’s time to look to the future. The chain salad days are a thing of the past. Being government owned is restrictive. It’s time for C4 to fly the nest into a very exciting future.

Ms Dorries also apologized to Allsopp after he misspelled her name.

She said: “Apologies, I know your name is spelled Kirstie, @KirstieMAllsopp. My autocorrect didn’t agree, I should have double checked!”

The sales plans would be presented in a white paper later this month and will be included in a new media bill for next spring.

Sir Peter, who represents Worthing West, said he opposed the sale ‘because I am a Tory’.

Britain’s love for Channel 4 is blinded by nostalgia, it’s time to finally sell