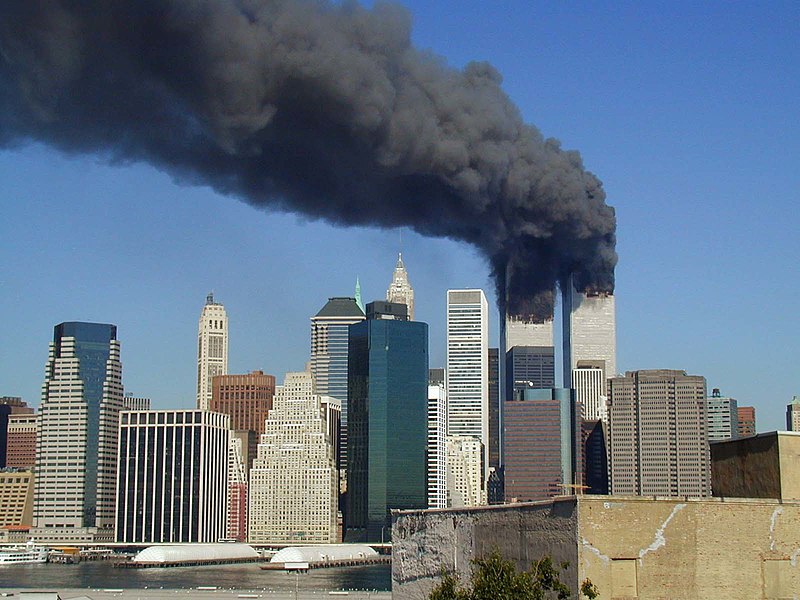 EVENT SUMMARY: The Future of Counterterrorism: Twenty Years After September 11

Each year, the anniversary of September 11 forces us to reflect not only on the heartbreaking events of that day, but also on the implications of America’s counterterrorism strategy twenty years later. Looking ahead, Warrick argued that the United States and its allies should not be limited by the ideas and institutions of the past to inform the ever-changing future of counterterrorism. Today’s terrorist threats are very different from those of twenty years ago, and America’s counterterrorism strategy must reflect this development.

Following the attack on the United States Capitol on January 6, McCord highlighted the growing threat of domestic terrorism and argued that the active participation in violent extremist activity by law enforcement officials on this day- there has created a wedge between them and the communities they serve. She compares this trust deficit to the same trust deficit that existed between Muslim communities and law enforcement in the years following September 11.

The Muslim community felt targeted by the police, which consequently discouraged its members from reporting suspicious or radicalizing behavior. She asserts that we must learn the lessons of the past and not repeat the same mistakes in the fight against domestic terrorism. Dr Sherwood-Randall stressed that a future US counterterrorism strategy must prioritize and integrate counterterrorism efforts into an evolving range of national security challenges. Brooks and Cole also offered intriguing perspectives on imagining the future of terrorism and the fight against terrorism through fictional storytelling.

The future of the US CT mission by Dr Sherwood-Randall, Assistant to the President for Homeland Security, National Security Council, President’s Executive Office

First, the US counterterrorism mission does not face the same terrorist threats it did twenty years ago, and as those threats evolve, the United States must keep pace. The greatest threat to national security today is posed by isolated actors at the national level, not by foreign organizations, and the future of the US counterterrorism mission must adapt to these changes.

Second, the United States must prioritize and integrate counterterrorism efforts into an ever-evolving series of national security challenges, such as countering aggression and cyberattacks from China. Finally, Dr Sherwood-Randall stresses that the fight against terrorism will require a new approach that prioritizes diplomacy, development and prevention efforts both abroad and at home to shape the environments in which terrorists prosper and recruit. These three principles would allow the future of the American counterterrorism mission to be flexible and adaptable and to evolve its strategy as the American adversaries do.

The panelists all agreed that US policy must reflect the evolving dynamics of today’s terrorist threats. McCord underscored the threat domestic terrorism poses to the future of US counterterrorism missions. Citing the attack on the Capitol on January 6, McCord argued that the trust gap between marginalized communities and law enforcement must be addressed to build relationships with the communities we rely on to report radical behavior. and suspects. Repairing this confidence gap requires increased attention and resources from leaders for emergency preparedness and law enforcement.

Retired Lieutenant-General Nagata reiterated this point by emphasizing the important role rhetoric plays in the fight against terrorism. However, he notes that this rhetoric must translate into real investment, risk tolerance and political priority to effectively counter the next generation of terrorist threats. The panelists also discussed changes in the US military response to the fight against terrorism on a global scale.

Ambassador Sales recommends that the United States implement the Syrian model in future global counterterrorism campaigns. Instead of large-scale troop deployments, the Syrian model has only deployed a few hundred special forces units to the front line, where they provide advice and training to local partners. This ensures that future terrorist threats will be effectively thwarted in partnership with the allies while limiting the US presence and losses on the ground.

Finally, Dr Sherwood-Randall noted that the United States must continue to focus on counterterrorism as a top priority in national security and foreign policy. She said the United States will continue to remain committed to protecting the homeland from a growing and diverse range of national security challenges by emphasizing American partnerships and keeping pace with emerging terrorist threats.

Yaseen Rashed is a young global professional with Middle East programs at the Atlantic Council.

Read our series of articles on “The Future of Counterterrorism”