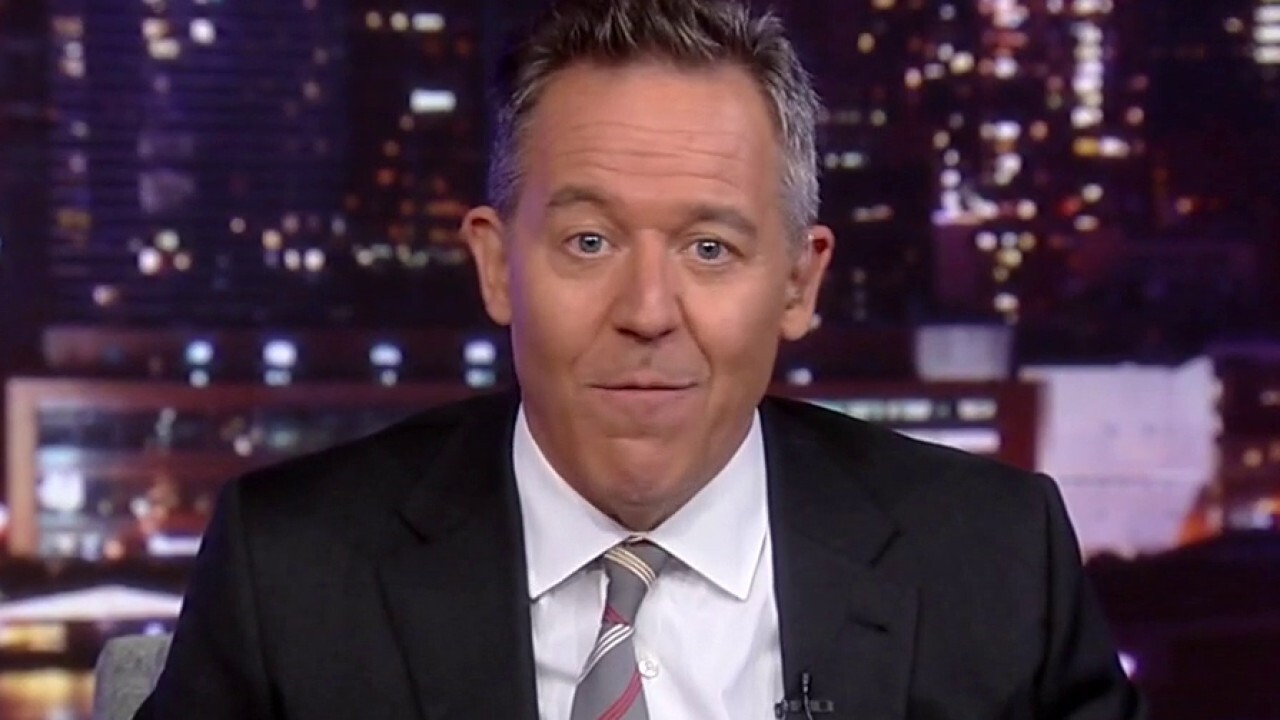 Greg Gutfeld: Media attention at the border has nothing to do with compassion or journalism

So it’s no longer a border crisis. It is an unmitigated border mega-crisis.

Thousands and thousands living under a Texas bridge. And not in a good way. You know, if it was spring break and these students were partying, the outrage would be palpable! It’s a super spreader event! Where are the masks? Why aren’t they 6 feet apart? What do they think it is – the Emmys?

Which begs the obvious question: how did it get so bad?

It’s simple: the media do their best not to cover bad news when their man is in office. Or in Delaware. Or wherever Joe has strayed in an open robe, his hands sticking to the rocky road.

Remember, it’s not what they report, it’s what they leave out that causes the real damage. As long as the Democrats are in power, the media hold the reins.

Yes, the reins. We will get to that.

Now Fox was covering the border under Trump and Biden. And the point is, we’d all be like Biden and Harris, totally ignorant of the border – if it weren’t for the incredible Fox News coverage.

If Trump was in charge, you can bet the networks would cover him like the Kennedy assassination. They would pat their backs with one hand and do whatever with the other.

Instead, they buried this story like Jill Biden does with a Prevagen pill in Joe’s morning scone.

Fox News must therefore shame the lousy media for doing their job.

Consider this: over 12,000 migrants are crammed into a refugee camp. In America. An encampment. Do you remember that sentence? How the media often predicted that Trump was going to put people in camps! They got the camps in part – except they had to elect Biden, so they could get the camps! Just like that famous Republican tyrant, FDR.

And what do you hear from the media? They are as calm as Joe in his 1pm nap. Until now.

Yes – in case you were wondering if there was a way to get the media to finally care about the border – There is: flip it over so that we Americans become the monsters. Then their heads are spinning so fast that they will need a chiropractor.

Thus comes a story according to which the border patrol on horseback whipped Haitians who tried to enter the country. Yes, the Americans whipped the blacks. Again! Just like in the good old days when Democrats were in charge.

And so the media is now all over this story, spreading this uncontrolled manure like a professional landscaper. They know that if history can be used as a weapon against America, they would – whether it’s true or not.

When it comes to hating America, the Taliban have nothing on these clowns.

Initially, the DHS secretary and the head of the border patrol explained that these are not whips but reins to control horses. Which may make sense – it protects horses and the people closest to them.

But don’t tell that to the media, which can only react to the images that inflame them. Do you remember Covington? Who needs context when you have a fiery moment.

Here is a photo of a border patrol officer on horseback in a stream. So how long before CNN accuses these border guards of trying to drown horses in the Rio Grande?

Itâ€™s been a while since I rode – Kentucky Derby 2004 – I came in eighth – it turns out you have to be on top of the horse. But even I knew this story was strange.

PBS’s Yamiche Alcindor described the border patrol as “apparently using whips” before asking Jen Psaki if they should be fired. “Apparently.” Much like PBS is “apparently” a news organization simply because they have 3 letters in their name. Even though these letters mean “pure bull s ***”.

But I guess the suffering of 12,000 refugees didn’t matter until she found someone in law enforcement to smear.

Jen Psaki, September 20: I mean, Yamiche, those are all good questions. We just saw this sequence. It is horrible to watch. I just need to get more info on this. (April Ryan intervenes) Again, April, I don’t have more information on this. I also saw the video. I cannot imagine what is the scenario where this would be appropriate.

I imagine the scenario! But enough about my Golden Girls fantasy. In it I am tied and everyone has a whip.

Remember the good old days when journalists actually used their brains and feet and told a story. Yeah, me neither. Now they’re just seeing something online, and that’s their source.

It’s a common thing – ignore a big story because these images undermine your political side. But adopt an image, because then they can frame it however they want. So run with the picture, ask questions later – call her Covington 101.

And so the story also hooked ABC – who before that didn’t care about the border crisis.

David Muir: There are alarming images of the Texas border tonight. The White House insisted on them today, calling the pictures “horrific.” that some border patrol officers were doing.

But hey, look what these agents are doing! Yeah, it’s called their job, Muir! Try it every now and then! Turns out he’s as shallow as a mannequin in a kiddie pool.

Chris Cuomo, September 20: We are really figuring out who we are and what we are about in this country. And I was surprised at just one image that should make you pay attention to a problem, “as an image to me it smacks of a bygone era of slavery aided by reports of battered people, whether with a riot crop or the reigns, most likely. You may be drawn to the desperation of the man trying to escape. Others in desperation to keep our borders safe from what I believe the former president tried to describe it as a brown threat to our border. None of it, none of it is new and it is not isolated.

Yes – none of this is new if you mean hot garbage spewing out of your gaping and stretched out pie hole. But I don’t blame this idiot for not covering the border. He was too busy defending his corrupt brother and trying to save his job on a network connected to a ventilator and in serious condition. Don’t let his brother come near the network.

So instead of focusing on the thousands of Haitians living under a bridge, Chris grabbed a scandalous image – Like it’s his favorite plastic dumbbell – and I’m not talking about Don Lemon.

I guess we should be thankful to the liberal media for finally paying attention to this crisis they helped create by electing Biden. But that has nothing to do with compassion or journalism.

They just found a way to tell the story – so it’s not about the White House – but law enforcement. These are Americans who are trying to do their job, because the administration and the media will not do theirs. And now you watch government hacks change their tone.

Alejandro Mayorkas, September 20: Reporter: Images came out of border patrol agents whipping Haitian immigrants. So my question for you: do you think this is a humane way to treat migrants? // Mayorkas: you are assuming facts, if I may say with respect, you are assuming facts that have not yet been determined. // to ensure control of the horse, long reins are used. But we will investigate the facts to make sure the situation is as we understand it and if it is different we will respond accordingly.

Alejandro Mayorkas: September 21: Any mistreatment or abuse against a migrant is unacceptable is against the policy of border patrols.

The point is, it’s just about grabbing a story that works for them. They found a boogie man – a cop on a horse. And that’s all they needed to pretend they care, when they really, really don’t care.

This article is adapted from Greg Gutfeld’s opening monologue in the September 21, 2021 edition of “Gutfeld!”