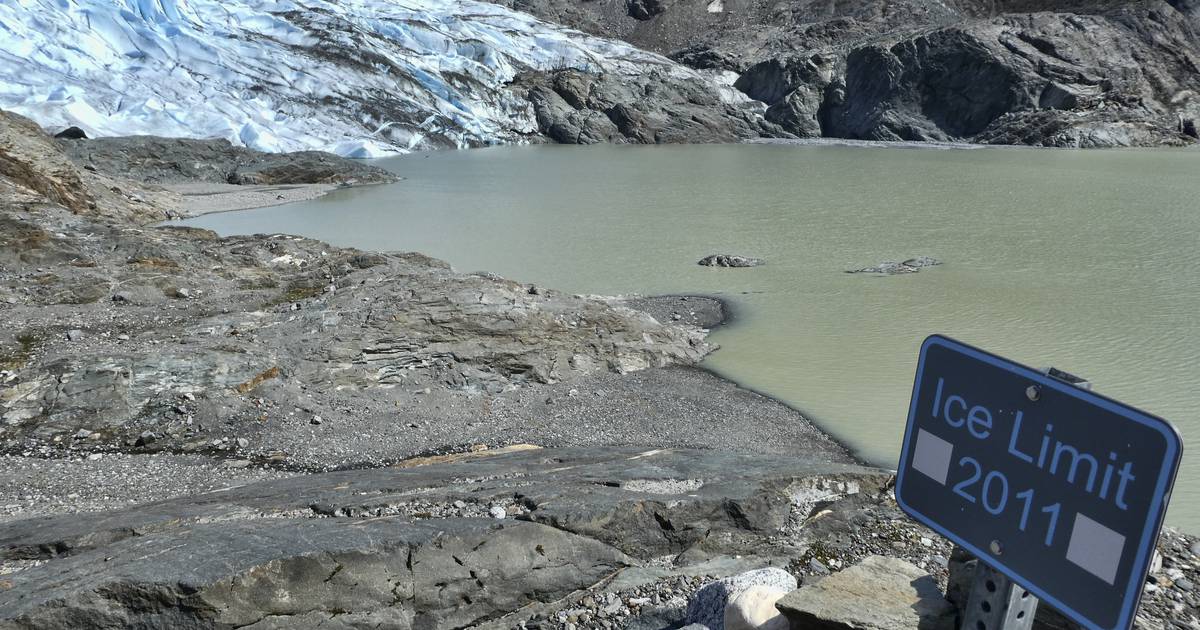 Rivers of Ice: A Story of Glaciers, Wilderness and Humanity

“Ice behaves more like a liquid than a solid,” British glacial biogeochemist Jemma Wadham tells us in the opening pages of “Ice Rivers,” justifying the title. Most Alaskans are familiar with this concept. Our glaciers are always in motion. What we might not consider is how essential these glaciers are to life. And as they stop behaving like liquids and become liquid instead, the life inside and outside of them changes. It’s part of the story Wadham tells in a book that seamlessly blends memoir and hard science, offering both an account of Wadham’s three decades of research and insight into the person behind it all.

Wadham is well known in the field of glaciology. She made a name for herself through groundbreaking work – or should it be an icebreaker? — study the paths taken by meltwater through a glacier in Svalbard, Norway, and discover that the form took unexpected paths and carried essential elements of life that it delivered into the sea. Plus, after months of tedious work collecting samples of this water, she found evidence of microscopic organisms living in it. After her study, she wrote: “We could no longer think of glaciers as frozen, barren wastelands – they were as much a part of the earth’s biosphere as forests and oceans.

The book begins on a personal note with a vivid description of the childhood days Wadham spent roaming the Cairngorms of Scotland, through lands carved by the retreating glaciers of the last Ice Age. She didn’t find any glaciology, she says. Glaciology found her and took her to the ends of the Earth. Here she takes the readers.

Wadham did his undergraduate studies on the Haut Glacier d’Arolla in the Swiss Alps. By her own admission, she doesn’t like being cold, but her profession requires it, and it was on this first expedition that she found her obsession with glaciers to be more than enough to offset the daily discomforts of long periods of life. but above them while pursuing studies. One of the lessons of this book, in fact, is that field research is not glamorous. “In fact, you are there to survive,” she explains.

From Europe, Wadham dives in the Arctic, first in Svalbard and then in Greenland. She offers brief but concise and easily understandable explanations of the long history of ice on our shared planet. She can distill the intricacies of the last ice age into short passages that will familiarize readers with the basics enough that they can understand the underpinnings of her work without getting lost. His descriptions of the different ways glaciers move are easy to grasp. His explanation of the composition of glacial flour is accurate. Flour, she shows, contains vital soil nutrients that support phytoplankton. There is a lot to learn here.

Greenland’s fabled ice cap is melting, and part of Wadham’s job was to figure out how that was happening and how fast. It’s not nothing. As water drains off the island’s shores and into the ocean, global sea levels are rising, just as it did the last time the planet warmed, although that’s long before humans entered the scene. Today, billions of us are congregating along coastal regions, and if the current rate of melting continues, the planet’s lower towns will become flooded and uninhabitable.

For reasons involving atmospheric currents and other factors, the Antarctic ice sheet is not melting as rapidly as the Greenland ice sheet, but it is also slowly flowing. The real concern, as Wadham’s work on the southernmost continent has shown, is the glaciers holding the ice sheet back. They regulate the flow of ice out of the continent, slowing it down. Glaciers are drying out and if they weaken enough, the ice could begin to sink rapidly, raising sea levels dramatically. And a lot of methane, a greenhouse gas exponentially stronger than carbon, is trapped beneath the icecap. His release would be catastrophic on a global scale.

For most people, talk of sea level rise caused by melting polar ice caps remains comfortably in the future, making it easy to ignore. Harder to ignore is the impact of melting glaciers in temperate and tropical zones. Wadham hopscotch from Patagonia to India via Peru to visit glaciers where the consequences of melting ice are more immediate.

As glaciers retreat, they leave behind large lakes, lakes that are often partially contained by walls of ice. These walls are prone to collapse, sending sudden, massive waves of water rushing down the valleys. In 1941, 1,800 residents of Huaraz, Peru perished in one of these events. An instrumental study by Wadham of the distant Rio Huemules in Chile, which is fed by the Steffen Glacier, found that it briefly swelled up to 50 times its normal volume when lakes farther upstream gave way. Fortunately, the land downstream is largely uninhabited.

Even more pressing is the melting of the Himalayan glaciers which provide essential water to over a billion people. Most are endangered. “The melting of glaciers is one of the great humanitarian time bombs of climate change,” Wadham writes, and the communities that will be hardest hit are impoverished, and they are minor contributors of greenhouse gases.

As Wadham writes about her career, she also shares a little about her personal life, but never enough to shift the focus primarily to herself. She admits bouts of depression and self-doubt, but even when a benign tumor had to be removed from her skull, she demonstrates stereotypical British understatement by saying ‘the brain surgery had somehow interfered’ with her work.

Longtime Alaskans have also seen our glaciers retreat, perhaps not as closely as Wadham, but we are seeing it in real time. “Ice Rivers” offers an explanation of what we are witnessing, why it is happening, and what we are losing. The success of Wadham’s book is its ability to feel this loss on a personal level and explain to us why we should all do it.