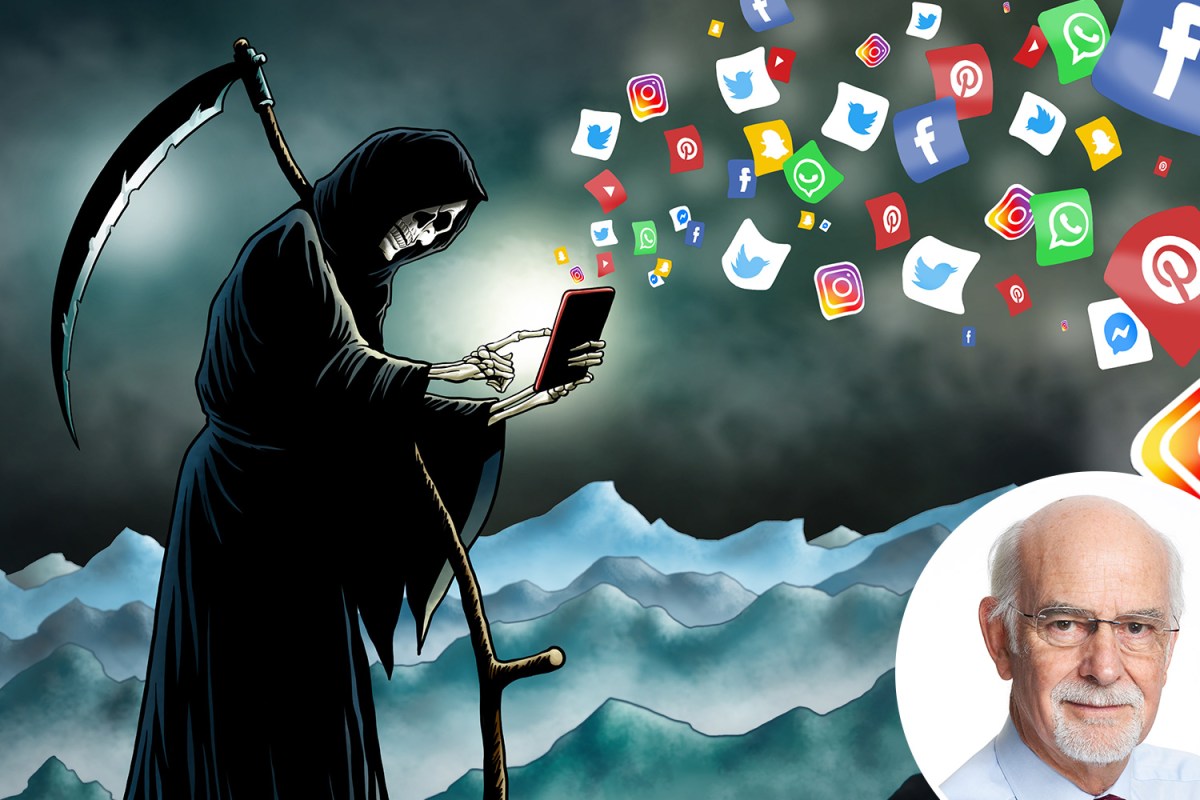 The words “Tory Scum” won’t be coming back to Angela Rayner anytime soon, I think.

I haven’t met the fiery Deputy Head of Labor, but I guess she is a decent person who will be dismayed at any suggestions that her explosion contributed, even remotely, to Sir David Amess’ death.

Either way, suspicious killer Ali Harbi Ali would have been too preoccupied with hideous online fantasies to have known about his words.

But every thoughtful adult, especially among our parliamentary representatives, should avoid the toxic social media stew that turns the weak-minded into violence.

And it is the grievance-obsessed political left that claims moral superiority in the most often invented war against “hatred.”

Indeed, Labor is already back-pedaling at 100 mph to avoid any tinge of guilt by association.

The shadow foreign minister pointed out that she was talking about MPs on both sides.

But little doubt that she had Rayner in mind.

â€œWe all have to in Parliament tone down the rhetoric towards each other,â€ Nandy told Sky’s Trevor Phillips.

“Especially the dehumanizing rhetoric that treats people not like human beings, or questions their motives.”

She then repeated the message moments later on the BBC’s Andrew Marr show, condemning the “Wednesday pantomime” during the Prime Minister’s Questions.

This is clearly a coordinated offer to fill the void left by Sir Keir Starmer and his blatant failure to scold Rayner or condemn his vile language.

It is astonishing, when women parliamentarians are particularly victims of abuse, that such important Labor figures as Dawn Butler and Diane Abbott are fueling the flames with rants from the Commons.

And make no mistake, this is almost entirely one-way traffic.

Starmer must eradicate it.

There is growing anger over the failure of social media giants to curb radicalization and the right to anonymity online.

A constant theme of the tributes paid to Sir David was his cheerful smile and his friendly inter-party cooperation during his 40 years of public service.

If a member of Parliament with no known enemy can be shot so fiercely and so suddenly, how can others protect themselves?

Indeed, how safe is Prime Minister Boris Johnson, reveling in selfies in close contact with voters in public places?

His security service will certainly reassess the risk of his spontaneous but popular willingness to meet and greet those who might carry a knife.

Boris will probably continue regardless.

But there are 650 MPs and countless members of the House of Lords, some of whom are recognizable.

It would be impossible for the police to protect them all closely.

â€œYou can’t let the police stand there while you talk to a voter,â€ says one MP.

“In many cases, it’s the police they want to talk to you about.”

But the United States was just as open once, with members of Congress and senators transported through crowds on the shoulders of ordinary citizens.

It ended overnight with the 1963 assassination of President Jack Kennedy as he roamed the streets of Dallas, Texas in an open-top limousine.

Today, says Luntz, American voters only see their politicians from a distance, on a political stage, never within reach of a knife or a gun.

Most of our MPs will continue to meet, shake hands and speak face to face with constituents.

â€œOne of the great pleasures of an MP is traveling around his constituency,â€ said a senior minister.

â€œThis is how you find out what’s going on. This is an opportunity for a voter to raise a problem and to see questions about it put to the Prime Minister in Parliament the following Wednesday.

And that’s exactly what the much-missed David Amess would have voted for.

WE finally seem to be reaping the rewards of Brexit.

Brussels is finally ready to put its nose out of our internal trade with Northern Ireland.

And Justice Secretary Dominic Raab is on the verge of freeing the UK from the clutches of the European Court of Human Rights.

For most Sun readers, the best evidence we have at last will be to remove the rights of foreign criminals sentenced to “family life,” which may end deportation orders in their tracks.

Mr Raab will also ban troublemakers from endless “judicial reviews” that place the decisions of irresponsible and anonymous judges above those of our own elected ministers.

His Foreign Office reshuffle is already starting to bear fruit.

As 1.2 million mortgage holders break out of forbearance, unexpected hurdles