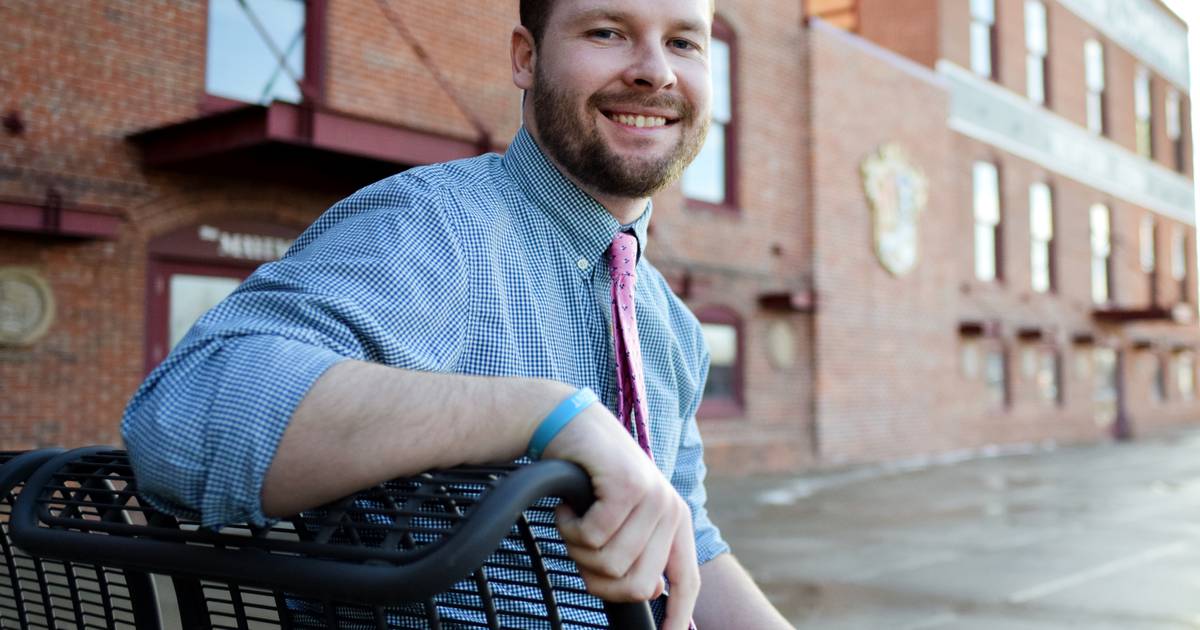 Tyler Stewart has always wanted to run for public office, but he was never sure when was the right time. Over the past few months, the social studies teacher at Newton’s Berg Middle School has endured what he described as a “lack of appreciation” and a “lack of respect” from lawmakers toward teachers.

Stewart announced on March 1 that he is running for the Iowa Senate District 19 seat in the Iowa Legislature, which represents all of Jasper County and parts of Mahaska and Marion counties. Stewart is running as a Democrat. Sen. Ken Rozenboom and Rep. Jon Thorup, both Republicans, are also seeking the seat.

In a press release, Stewart said he was motivated by attacks on teachers and public schools. The 30-year-old teacher, who has spent the past eight years teaching social studies, is fed up with the rhetoric, actions and proposals of Republican-majority lawmakers targeting his profession.

“Whether it’s adding live-streaming cameras to the classroom or wanting to get rid of certain books, then they talked in the last session where they banned controversial topics, or CRT ( critical race theory),” Stewart told Newton News. “I always thought the Republican Party was the party of small government.”

Teachers need better pay, deserve more respect and need the government to stay out of the classroom, he added. Stewart also said in his announcement that he will work to improve the lives of middle-class and low-income Iowans and restore parents’ confidence in the education system by supporting students, teachers and schools.

“Change has to come from within,” Stewart said. “It has to come from the government side. It’s going to have to happen. We are going to face a severe shortage of teachers coming here. I am very nervous. A thousand dollars won’t be enough to keep the teachers here.

Stewart said a “teacher crisis” was beginning to unfold in the state, which he said began when the legislature removed bargaining rights.

Stewart grew up in Hampton and is the youngest of two children. He is the first member of his family to attend a four-year college, where he earned a bachelor’s degree in social science from Central College, Pella. Stewart accepted her first teaching position at Berg Middle School shortly after graduation.

At Newton, Stewart coached and sponsored the basketball, baseball, and football teams, as well as student council where he received the 2020 Warren E. Shull National Student Council Counselor of the Year Award. In 2018, he also received the Award for Excellence in Teaching Civil Rights/Civil Liberties.

At Berg Middle School, Stewart often invited candidates and politicians to his civics class to speak or answer questions about current issues. His passion for politics has also spilled over into the Pints ​​& Diplomacy podcast, where the hosts talk to political figures over a beer while discussing global issues.