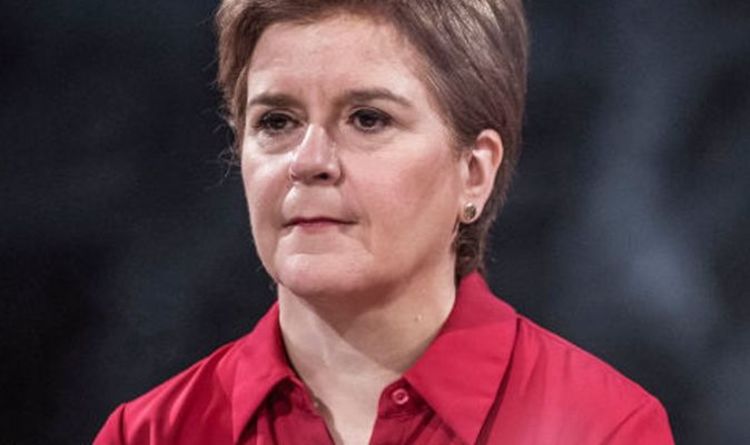 A young BBC Debate Night viewer slammed the SNP for letting private jets land for free during COP26 at Prestwick airport. The bubbling audience member asked, â€œwhen will the reality match the rhetoricâ€ of Nicola Sturgeon’s green commitments. It came as the world summit takes place in Glasgow, where world leaders are discussing positive climate action.

The BBC Debate Night audience member said: â€œIt’s great that you are talking about a tax on private jets.

â€œBut meanwhile, a Scottish government owns Prestwick Airport, which lets them land and take off for free.

“You are not deploying the Cambo oil field.”

He continued: â€œYou let private jets land and take off for free at Prestwick.

“When will reality match rhetoric?”

A significant number of world leaders and delegates used private jets to get to Cop26.

This has sparked criticism among environmentalists who question the amount of damage these planes are leaving the planet.

Dr Debbie Hopkins from the University of Oxford said: “A huge amount of fuel is used during the take-off and landing of an aircraft, no matter how many people you have on board.

“So an already polluting mode of transport (commercial aviation) becomes even worse (with private jets). “

Nicola Sturgeon has been accused by the Scottish Tories of running newspaper ads for Scottish independence during a summit dedicated to the fight against the climate crisis.

The Prime Minister denied this and said the ads were signs of ‘welcome’ to rulers in Scotland.

She said : â€œI think there is a difference. This talk is about climate change and I don’t think anyone hearing me, listening to me or speaking to me during yesterday or today would think that I am focusing on anything other than that.

The ad claimed: â€œAlthough not yet an independent nation, we are more than ready and able to play a role on the world stage at Cop26. “