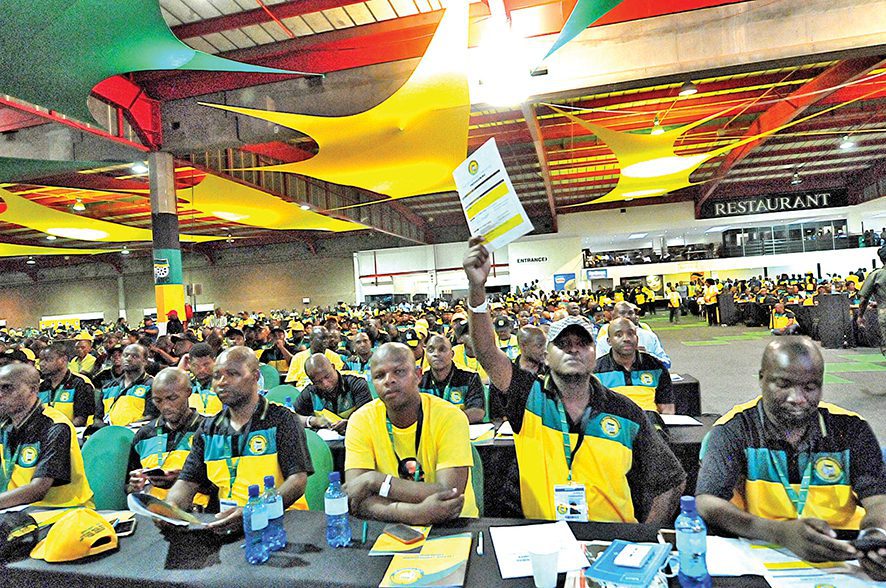 The head of the ANC’s Economic Transformation Committee, Mmamoloko Kubayi, has warned against campaigning for the leadership positions before the ruling party’s National Executive Committee (NEC) opens the nomination process.

Kubayi, who is also the human settlements minister, said in an interview that the leaders of the organization should be concerned with political discussions rather than names.

The ANC is holding its national elective conference in December, which is expected to see President Cyril Ramaphosa and his allies challenged by the forces of sweeping economic transformation in his bid for a second term as party president.

While there appears to be a consensus that Ramaphosa should serve a second term, a scramble is taking place behind the scenes for the position of vice president along with five other positions, including secretary general and his deputy, treasurer. – General President and National President.

Kubayi, who is being touted for a top-six position, told The Sunday World that talk of who should be elected in December was far too early.

“The NEC did not open the discussion. I believe that if we really want to rebuild and renew the organization, these are the basic things that we have to do right. It’s not the ANC to find a person campaigning for themselves,” she said.

“Having been in government, it is important for us to make policies that will rebuild this country.”

She said she plans to introduce focus groups that will bring together professionals to help determine the feasibility of policies when they are developed. “I believe that the time when we should lead by rhetoric and slogans is over. Right now what we need are specific things that will work. My intention is to shift the economics cluster from rhetoric to more content and research-based types of engagements.

She said they recognized that some of the policy resolutions passed by the party at its last conference in 2017 had not been implemented.

“We are making reforms but we are not seeing production through economic growth.”

Kubayi also weighed in on the debate over establishing a state bank, saying it was “doable”.

“The question is the resolution of the conference. Is it doable? Yes it is. For example, in human settlements, I look at a bank of human settlements. If you look at what we’re doing, it’s a model that China is also using. Our interest is rather to say can we get feedback from people deployed in government? When it was expected that we were going to develop a state bank, what were the obstacles? Why don’t we have a state bank? So that we understand whether it is within the regulatory framework or the legislative framework or the comrades have not implemented the resolution.