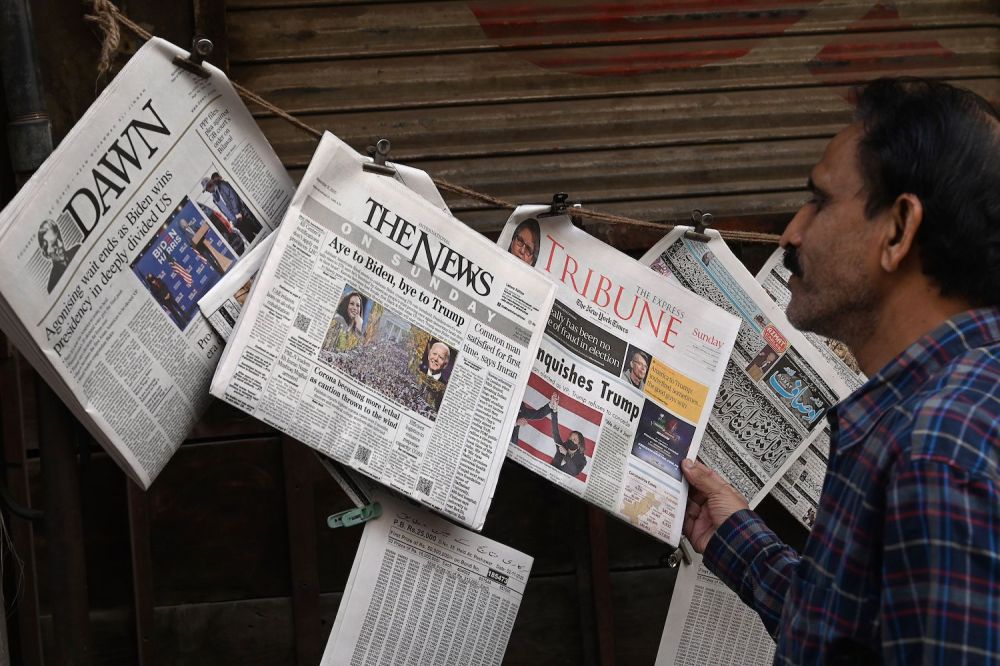 When men posing as agents of the powerful Pakistani secret service burst into the home of Asad Ali Toor last year, they whipped him with a pistol, bound and gagged him with his own shirts and forced to chant slogans such as “Long live Pakistan”, “Death to India” and “Death to Israel”.

Toor, a 38-year-old journalist, says one of his attackers held a gun to his head and told him he was a dead man if he didn’t stop reporting on the Pakistani military and the powerful Inter-Services Intelligence (ISI) spy agency. He thinks he wasn’t killed just because his gag came off and he screamed for help. The noise he made prompted his attackers to run, he said, and neighbors came to his aid.

“I got hurt,” Toor said. “But the biggest casualty has been democracy.”

Soon after, he was fired from his job as a news producer with a private television network, he believes due to pressure from the government. He migrated to YouTube, where his channel, Asad Toor Uncensored, now has tens of thousands of subscribers. But his days there could also be numbered.

The Pakistani government is tightening its control over the media with laws and watchdogs that critics say strengthen its power to censor and punish journalists. New laws potentially extend control to social media such as YouTube and Twitter, stifling investigative journalism and critical commentary.

The military and the ISI are the main drivers of this repression, seeking to eradicate any criticism of their brutal takeover of state institutions, as well as military involvement in a wide range of lawful activities and illicit, including property and drugs. The repression of the media further allows the military to expand, which already extends to the administrative and judicial strands of civil authority, undermining democratic institutions such as parliament and the courts.

And it is happening with the tacit support of Prime Minister Imran Khan, sources say. Khan, a former international cricketer with a reputation as a playboy, has long had a deep antipathy for the media and rarely voices support for journalists who are attacked or disappear for their work.

The Pakistan Federal Union of Journalists (PFUJ), a professional association representing the country’s 20,000 journalists, is challenging one such law, the Protection of Journalists and Media Professionals Act 2021, which the government says union lawyer, Babar Hayat Samore, allows the journalists to be prosecuted. “if the news is not given in good faith.”

Ironically, given the law’s grand title and the implication that its purpose is to protect democracy defenders and those in power, Chief Justice Athar Minallah said the law could enable the state to prosecute journalists more easily.

In Islamabad High Court on February 9, the day the case was opened, he gave the government a month to prove that the new law did not restrict freedom of expression.

The case comes after the government abandoned plans last year, amid widespread protests, to consolidate a number of media regulators and create the Pakistan Media Development Authority (PDMA) while expanding control digital and social media. The move was seen as an attempt to further undermine the freedom of the press guaranteed by the Constitution.

Human Rights Watch, in a report at the time the PMDA was proposed, said it would grant the government “unchecked new powers” by establishing “‘media courts’ which will have the power to impose heavy fines on media organizations and journalists who violate its code of conduct”. conduct or post content that it considers “fake news”. The proposed law would also increase government oversight by allowing government officials to be appointed to key positions.

Pakistan is one of the most dangerous countries in the world to be a journalist. The Committee to Protect Journalists (CPJ), a US-based nongovernmental organization that monitors press freedom around the world, says 63 journalists have been killed in Pakistan since 1992. Most of them were Pakistani; the the wall street journal journalist Daniel Pearl was beheaded by extremists in Karachi in February 2002.

Pakistani journalists say the country’s ‘hybrid’ civilian-military establishment is behind many recent attacks on journalists and has effectively silenced reporting that does not portray the military and ISI in a positive light . Without free media, they say, Pakistani democracy is pushed towards military dictatorship.

Ahmed Rashid, a Lahore-based journalist who has written several books on Pakistan, Afghanistan and Central Asia, says the military is now the dominant force in Pakistani politics.

“Essentially, the military makes all the major decisions on security, terrorism, foreign relations, the economy, what can be debated, what can’t be debated — on almost everything,” Rashid said. “The role of the army is much more important than the role of the civilian government. We have a hybrid system, which is heavily weighted in favor of the military. And controlling the media is something they’ve wanted to do for a long time.

“You have forced resignations from TV channels and print media. There is no investigative journalism – people are too scared to do it. Journalists have been beaten, tortured, shot. We have one of the highest journalist death rates in the world,” added Rashid, who serves on CPJ’s board of directors.

Any criticism of Khan or of key policies such as the multi-billion dollar, debt-driven China-Pakistan Economic Corridor Development Program is assumed by those with a keen eye on the Pakistani media to have the approval of the government. military, such as the ISI’s public relations wing, the Inter-Services Public Relations (ISPR), tends to berate journalists and editors – often via WhatsApp messages, many say – for overstepping the red lines on acceptable reporting.

Provocative journalists like Toor may also find themselves fighting dubious charges filed in remote courts they must attend daily, often for months, spending huge sums on lawyers they never get back.

Mir Shakil-ur-Rahman, editor of the Karachi-based Jang newspaper group and Geo TV, spent eight months in detention ahead of a trial in a 1986 property deal. On January 31, a Lahore judge ruled dropped all charges, saying there was no evidence that a crime had been committed.

Rashid and other news veterans say media owners are intimidated by threats to pull government advertising, pretty much their only source of income amid the country’s poor economic performance. Despite optimistic official growth projections, Pakistan is still struggling to recover from the impact of the COVID-19 pandemic.

Inflation is officially at 13%, unemployment at 6.9% and international financial institutions are demanding tighter controls on spending. Nevertheless, military spending increased by 6.2% in the 2021-2022 budget, but that too is a “no go zone” for reporting, said Imtiaz Alam, who until 2018 was a regular commentator for TV and Pakistani newspapers.

The media, Alam said, is barred from reporting “independently and freely – there is blanket censorship”. Meanwhile, independent experts have been replaced by so-called ISPR-approved experts for prime-time television appearances.

Alam founded the South Asian Free Media Association, a non-profit organization dedicated to helping journalists establish contacts, maintain professional standards and provide media training. But he says the government has barred him from accepting funds from foreign sources in an effort to strangle the organization and intimidate journalists. Formerly a top writer and commentator, Alam now bustles about in his Lahore office without staff and little to do.

Journalists who find opportunities abroad to publish their work and generate income are branded as foreign agents bent on destroying the Pakistani state. Toor said his assailants saw foreign-made shoes in his closet and decided it was proof he was a “foreign spy”.

Asma Shirazi presents a political affairs program on Aaj Private Television in Pakistan. She was harassed, trolled and her home was broken into twice, including once when she, her husband and two young children were at home. She has no doubt that the government would like her to be silenced.

“Our society is a democratic society, and people are realizing why these journalists are not on the air, not talking, why their voices are not being heard,” she said. “These critical voices are a blessing in democracies. But now that they’re gone, there’s a huge gap. And people know it, they see it and they know why.

Self-censorship by journalists is an insidious consequence of harassment, she said. “But we have been here before. We know how to deal with it, we keep fighting.