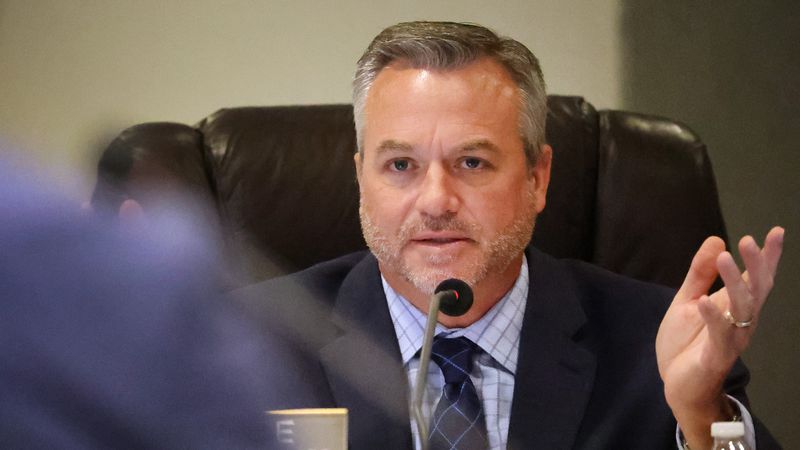 WESLEY CHAPEL — Mike Moore will retire from his District 2 seat on the Pasco County Commission at the end of this year and return to the private sector, the two-term Republican announced Monday.

No candidate has yet filed for Moore’s seat, which will be up for election in November.

Moore, 50, said he wasn’t sure what his next job would be, but was looking forward to returning to a business leadership position. He previously worked as the owner of a home health agency and as a business consultant. He plans to continue to be involved in Pasco County as he was before winning his first term on the commission in 2014, he told the Tampa Bay Weather.

He said he’s contributed to recent successes on issues that brought him into public life in the first place: improving public safety and infrastructure in Pasco County as well as creating jobs to help end the stigma of the county as a bedroom community of Hillsborough and Pinellas counties.

Recently, the county improved salaries for public safety officers and added more fire stations. Pasco also advanced major highway projects, including the long-awaited Ridge Road Extension and the “Divergent Diamond” interchange between Interstate 75 and State Road 54. It also advanced with major job-creating projects, including the expansion of the Moffitt Cancer Center in Pasco. and the new Amazon Fulfillment Center, which was announced last week.

Another highlight of his tenure was leading the Tourism Development Council. Pasco’s designation as Florida’s Sport Coast and the growth of that tourist segment has been satisfying to watch, he said.

In recent months, Moore has focused on ongoing traffic congestion and the apartment moratorium in Wesley Chapel, which helps county staff determine how many apartments have already been approved in this fast-growing area.

He was also delighted to see the completion of projects such as the inclusionary play area for children with disabilities and the addition of the recreation center at Wesley Chapel.

Moore said he still has a few things to do before his term ends later this year.

Leaving the commission was a difficult decision, he said, calling it “a beautiful chapter in my life”.

Moore said he didn’t let work wear him out. He said he enjoyed the fast pace, the community involvement and the challenge. While he said he would never close the door on public service again, he always believed that those who do public service do their job and move on.

You are all registered!

Want more of our free weekly newsletters in your inbox? Let’s start.

Explore all your options

“I never expected to be sentenced to life,” he said.