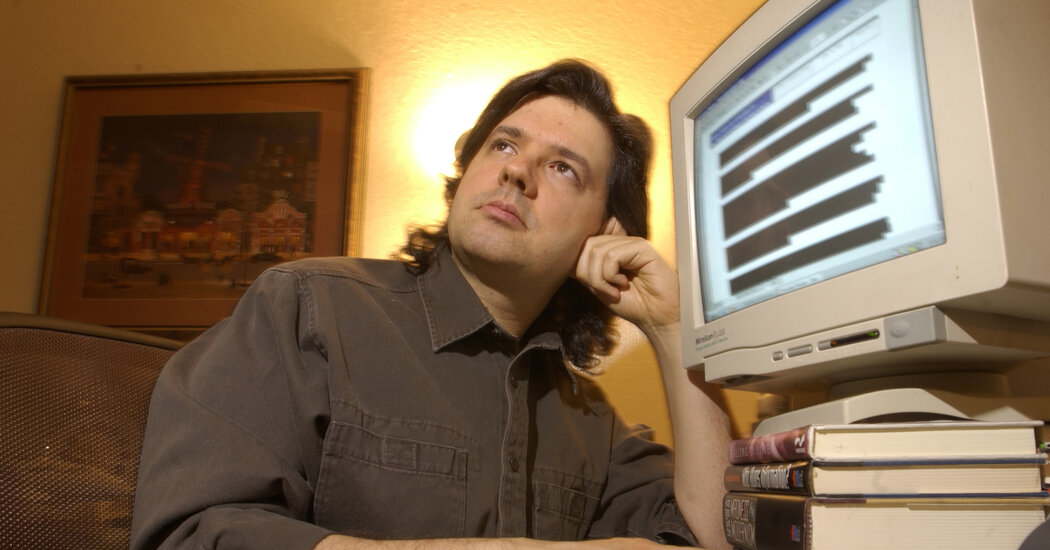 Russell Charles Kick III was born July 20, 1969 in Tuscaloosa, Alabama, where he spent his youth. Her mother, Jane (Woody) Kick, was an executive assistant and later a housewife. His father, Russell Charles Kick II, became chairman of the accounting and finance department at Tennessee Technological University in Cookeville; Russ enrolled there, majoring in psychology, and graduated in 1991.

A brief, early marriage to Kimberly Gannon ended in divorce. Mr. Kick is survived by his sister and mother.

In his youth, Mr. Kick vacuumed information. His sister said in an interview that they grew up surrounded by books – including a dog-eared copy of William Wilson and Judy Jones’ “An Incomplete Education: 3,684 Things You Should Have Learned but Probably Didn’t” (1987) – and played competitive rounds of Trivial Pursuit.

After college, he began a doctoral program in public policy at Vanderbilt University in Nashville, where he received a full scholarship. But he lost interest and dropped out, instead enrolling at the Nashville State Technical Institute, now Nashville State Community College, to study communication arts.

Attending technical college, which he graduated from in 1995, was a turning point in his life, his sister said. The program developed her innate interests and taught her how to create design websites and books. While still a student, he produced his first book, “Outposts: A Catalog of Rare and Disturbing Alternative Information” (1995), which provided information on topics such as sex, drugs, censorship and religious and cultural extremism.

“He was a real polymath,” Michael Ravnitzky, a public archives researcher and friend of Mr. Kick’s, said in an email.

Mr. Kick, he added, was “interested in all matters under the sun, seeking factual information and fictional expressions across the spectrum of human existence.”