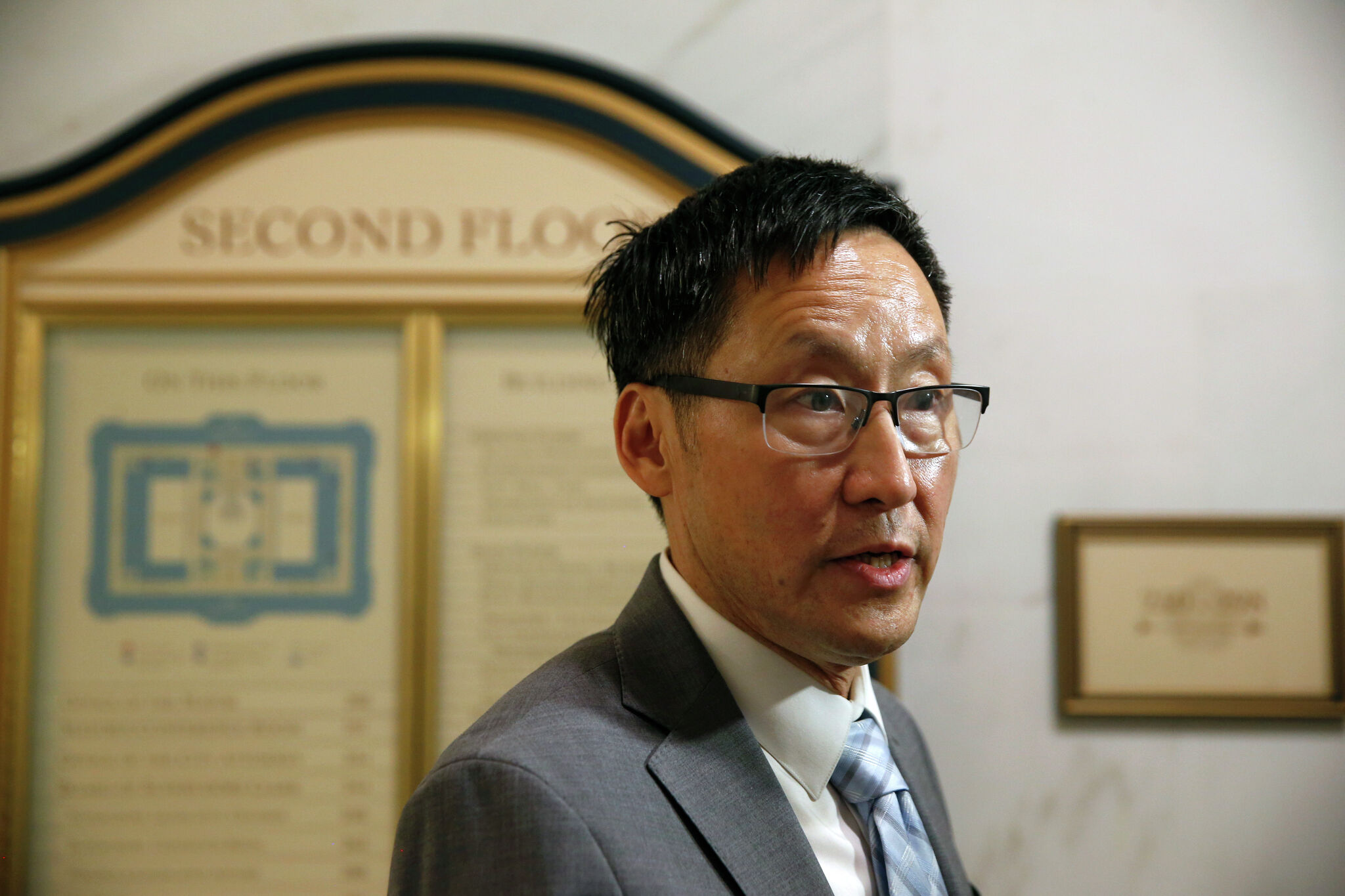 Racist and homophobic flyers were plastered to some of a San Francisco official’s re-election signs over the weekend, marking the second time in just over a month that a Bay Area elected official is targeted for its support of gay and transgender people.

Gordon Mar Supervisor posted pictures of the flyers on his Twitter account on Tuesday. One was called Mar, who is Chinese-American, “communist” and “pedophile”. Another said Mar means ‘no more drugs’ and ‘no more homelessness’, and accused him of ‘grooming the kids’ and giving ‘crackheads free money’.

Over the weekend and under the cover of darkness, someone decided to stick these flyers on our storefront signs at small businesses across the Sunset.

This is not the first time that I have been the target of reactionary and ridiculous slanders. A wire : pic.twitter.com/UDs9yLmP2m

“It’s not just about me, it’s about who we are as a city,” Mar said in an interview with SFGATE. “As an elected official, I can put up with these attacks – I shouldn’t have to – but I’m a civil servant and I’m thick-skinned… but what worries me most is that trans kids, queer kids, black and brown kids, and poor kids and families who will see this message posted through Sunset and wonder if they’re really welcome here.”

Mar, who represents the Central Sunset, Outer Sunset, Parkside, Outer Parkside and Pine Lake Park neighborhoods as District 4 supervisor, said the flyers bear a “striking resemblance” to past signs – which read “No Slums in Sunset” – which were posted around the district early last year in response to his support for affordable housing. But Mar said these flyers “go one step further” in their rhetoric by implying that his support for San Francisco’s LGTBQ community makes him a “pedophile” and a “groomer.”

“This is a disturbing and dangerous libel that has emerged from the fringes of the right, used to attack the LGBTQ community and its allies,” he said on Twitter. “It’s a tired trope, but it does some real damage.”

The homophobic flyers come just weeks after State Senator Scott Wiener, who represents San Francisco and is gay, received a threatening email that led police to search his home and office for bombs. The threat that Wiener would “die today” was made shortly after the senator joked on Twitter about introducing a bill in the state legislature that would make “Drag Queen 101” part of the state’s K-12 curriculum.

Wiener linked the threat against him to rhetoric used by Republican politicians, who in recent months have begun to cast Democratic support for gays and transgender people as a way to “groom kids.” In an interview, Wiener said Mar’s attack could also be linked to this rhetoric.

“This stuff is a direct result of the right-wing propaganda campaign, which demonizes Democrats by calling them pedophiles,” he said.

Mar mentioned the threat to Wiener’s life in his Twitter feed about the flyers and said he would continue to support San Francisco’s LGTBQ community despite a nationwide pattern of homophobic attacks on politicians who advocate for gay rights.

“I will continue to be a voice for progress, for gay and trans equality, affordable housing, compassionate solutions to homelessness and moving forward,” he said in a tweet. “I invite everyone to join me in condemning these hateful attacks and in working to address the real issues facing this city.”

Editor’s Note: This article was updated at 4 p.m. July 20 to include quotes from State Senator Scott Wiener and San Francisco Supervisor Gordon Mar.

As social media giants threaten local news, Congress has a chance to save it | State newspaper notice