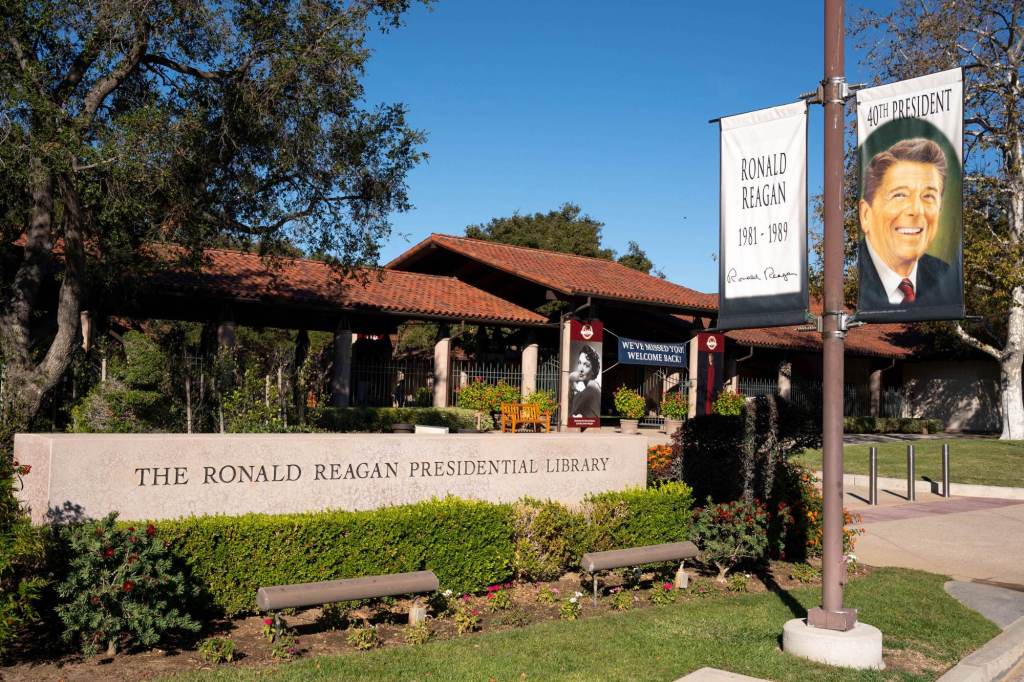 Joined by former President George HW Bush and former Presidents Jimmy Carter, Gerald Ford and Richard Nixon, Reagan started what later became one of the largest federal presidential libraries. His archives include a wide array of documents, photographs, films and cassettes devoted to Reagan’s legacy, recounting his life from his childhood in Illinois to his acting career in Hollywood, years as a as Governor of California and 40th President of the United States from 1981 to 1989.

Located in the hills of the Simi Valley, the library has nearly 55 million pages of governor, presidential and personal documents and over 60,000 gifts and artifacts recounting the lives of Ronald and Nancy Reagan.

This month the library and museum will celebrate their 30th anniversary.

The resort is planning a month of special events to celebrate.

A display of rarely seen historical artifacts associated with the former president and his wife will be on display.

Activities include a special November 7 program featuring Dr Condoleezza Rice, Trustee of the Reagan Foundation & Institute, and David Ferriero, Archivist of the United States, as well as a wide variety of events.

A special exhibit is open November 1-30 and will feature special items related to the library opening in 1991. (Regular museum admission applies to view the exhibit.)

A concert will be held at noon in the Air Force One pavilion of the library with the Los Angeles Police Department Concert Band. Regular admission to the museum applies.

The day’s activities will begin at 10:30 a.m. with patriotic music live by the 1st Division Marine Band at Camp Pendleton, followed by a program starting at 11 a.m.

Guests participating in the programs must present full proof of vaccination or a negative COVID PCR test performed within 72 hours of the event to access the program. This applies to the November 7 program, but not to the museum visit.

The Thousand Oaks High School Vocal Ensemble Honors, under the direction of Janna Santangelo, pianist, Kevin Su Fukagawa, will host a concert in the Air Force One pavilion of the Reagan Library at noon. Regular admission to the museum applies.

American Folk Band The Golden Pipers will host another concert in the Air Force One Pavilion of the Reagan Library from 1:00 p.m. to 2:00 p.m. (regular museum admission applies).

The Los Angeles Sheriff’s Department Band will be hosting a noon concert in the Air Force One Pavilion at the Reagan Library. Regular admission to the museum applies.