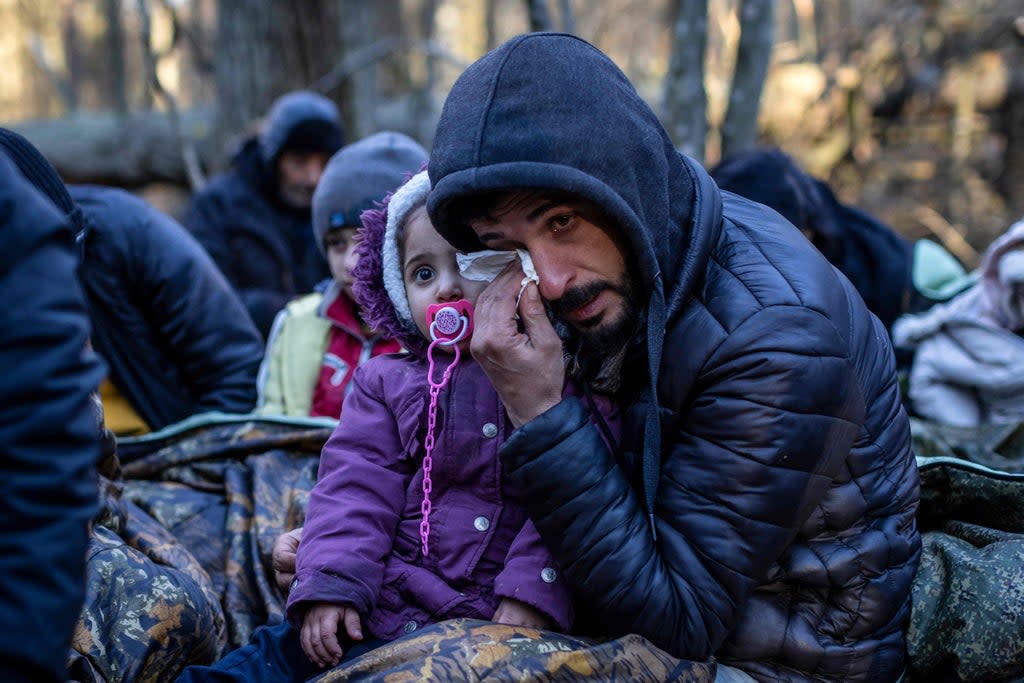 The news stops you dead. Twenty-seven people – including a pregnant woman and at least three children – drowned in the freezing waters. These people were desperately trying to get to safety in Britain. It is the worst loss of life in Manche in living memory.

Yet, listening to Boris Johnson and Emmanuel Macron, one would think it was business as usual. No more money pledged, no more border patrols and more of the same failed approach. Stricter measures and tighter border controls are touted as the only way to finally break the business model of criminal gangs. By speaking loudly to attack the smugglers, the government promises that there will be no more dangerous passages.

It is, of course, convenient for governments to blame the smugglers, to tactfully distract attention as they shirk their responsibilities to help those in need of sanctuary. The reality is that the government’s refusal to provide safe routes to the UK for refugees is a day on the ground for smugglers.

The contraband business model only exists because desperate people have no safe alternative. In recent years, increased border security hasn’t meant fewer people trying to reach the UK, but it has forced people to take increasingly risky and dangerous routes – even the research’s own government recognize this. In the past, children risked their lives in the backs of refrigerated trucks; now they get into light boats to cross the Channel.

When refugees are forced to flee the only life they have ever known, it is a long and dangerous struggle to find safety. No one wants to see people piling up on dilapidated ships, boats launched in the world’s busiest seaway, but for the vast majority of refugees, the only way to get to safety and family is between the hands of the smugglers. The callous rhetoric of politicians on both sides of the Channel dehumanizes and distracts from the painful reality that these are people – men, women and children who go to extraordinary lengths to reach safety, sanctuary and their loved ones here in the Kingdom. -United.

Today must mark a turning point. This terrible loss of life should never have happened and must never happen again. Rather than doubling down on policies that have failed to prevent death and push people to take ever more dangerous risks, the government urgently needs to open safe routes to the UK for refugees. No more rhetoric and vague broken promises, now is the time to hold on.

The government has so far failed to open a safe route for Afghan refugees following the evacuation efforts – there must be no further delays. Over the past year, the government has closed the roads leading to the sanctuary, leaving refugee children alone in Europe and separating families. These roads need to be replaced. And the government’s Nationality and Borders Bill being debated in parliament, which would further restrict many family reunification and deny protections to thousands of refugees from Afghanistan in Sudan, must now be scrapped. Instead of playing politics, the government must work with the French to agree a way for refugees already in France who have close ties to the UK to have safe passage to claim asylum. here.

Priti Patel made the end of the Channel crossings a test of his tenure as Home Secretary, but presided over the closure of safe roads and doubled down on his unsuccessful tactics. It is time for the government to take control and put in place effective solutions that will save lives and give refugees the chance to safely rebuild everything here in the UK. It is only by creating clear, concrete and safe alternatives that they will bankrupt smugglers.

Opinion: this is why identifying yourself as a “witch” gives power

Opinion: Our Brexit deal is the reason Channel crossings are out of control