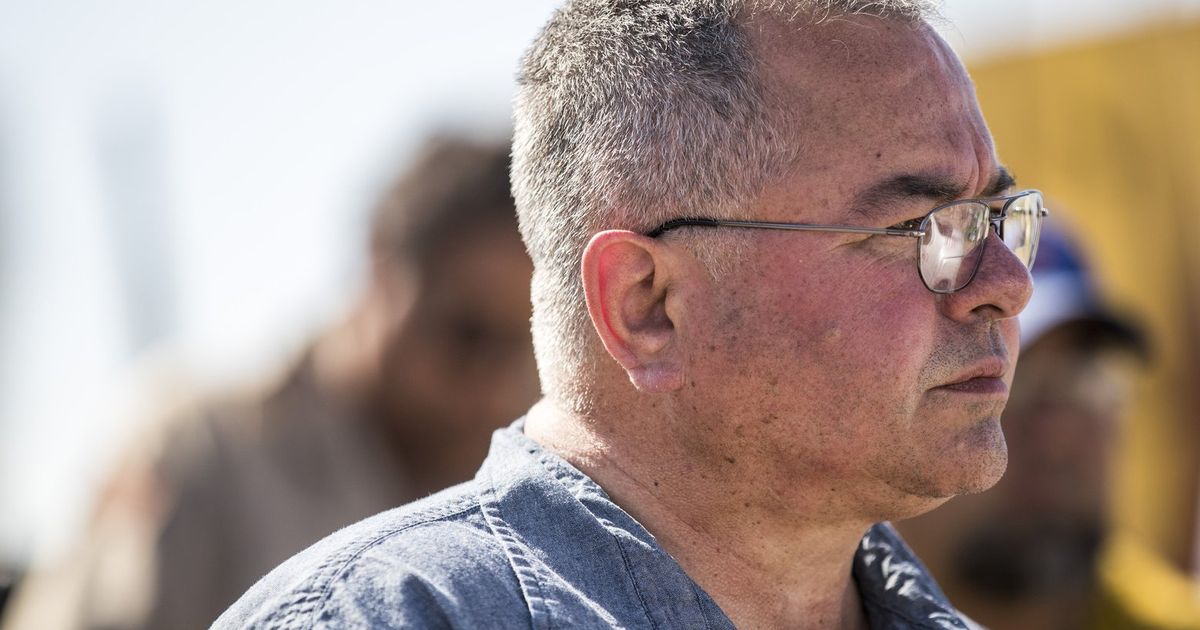 State of our politics: Even a call for a lynching brings a weary silence

Last week, a local conservative political candidate called for the hanging of a black man, as well as the execution of judges and prosecutors. And that’s not even the most disturbing part of this story.

What happened next was perhaps more disturbing. Which was… nothing.

No one has spoken out against the comments. People in politics shrugged, barely raising an eyebrow. We have passed a tipping point where it is apparently now accepted that parts of the political right will simply call for extreme violence, and nothing can, or will, be done about it.

Two weeks ago, a Seattle repeat offender named Alexander Jay was arrested and charged with felony assault for pushing an innocent 62-year-old bystander down the stairs of a light rail station. She was left with three broken ribs and a broken collarbone.

Surveillance video of the horrific incident was shown on TV news. When it started making the rounds on social media, here’s how Loren Culp, Republican candidate for Congress in central Washington, reacted:

“Take a rope! he tweeted. “Not just for the low-life bastard who did this, but for the worthless judges and prosecutors who continually let this happen by firing violent criminals only to re-victimize.”

Then he continued with: “No rope, a firing squad and I will volunteer.”

It was March 13. This statement from a prominent GOP congressional candidate, calling for vigilance against an alleged perpetrator but also law enforcement officials, has stood there for over a week now with barely a hint of disapproval from his party or anyone else in the political system.

Even on social media, Culp’s call for a lynching was met mostly with morbid curiosity.

“Yuck, maybe you want to rethink this post?” wrote a commenter. Asked another: “Are you suggesting lynchings, Loren?”

It seems deathly clear to me. “Take a rope! is not a dog whistle, or a fancy thought that might have an alternate explanation. We don’t have the death penalty here anymore, so he can’t refer to that. Culp is a former police chief, so he surely knows how toxic speech like this can be in the criminal justice system.

Now, when this first surfaced, I admit some of us at the Seattle Times expressed some weariness. Oh my, another story about another candidate saying another unbalanced thing. Each time, we debate whether writing about it makes us dupes – whether we’re just serving to broadcast and propagate the unbalanced thing.

Just last month, we featured Culp calling the coronavirus “the Chinese virus” while recommending quack remedies to his followers – a story that has prompted the Anti-Defamation League and other groups to call out his “anti-Asian rhetoric.” “.

“We speak together to make sure this rhetoric never normalizes,” they wrote.

Except that’s what happens anyway. If a candidate keeps saying extreme and hateful things and isn’t disowned by his party, and meanwhile everyone starts shrugging their shoulders because we think he’s crazy or we are exhausted or just can’t keep up with the madness, well, this is a case study in how something as rancid as a call for a lynching becomes politically normal.

I noticed this when I wrote last month that another Republican in that same abysmal race, for central Washington’s 4th congressional district, had called for the hanging of America’s chief medical adviser. What Jerrod Sessler said was, “We should build a gallows for Anthony Fauci.”

Nobody spoke out against that. So I found my initial shock dampening, like a boiled frog. Oh, it’s just another Republican who wants to hang a public health official.

Sessler is a relative unknown. But Culp got 1.7 million votes when he ran for governor in 2020 — the most ever by a GOP candidate for the job. It was recently endorsed by former United States President Donald Trump.

“A man of the people, Loren will always defend your personal freedom”, Trump gushed. “Loren Culp has my complete and total approval!”

Unless you were a defendant in court or a judge or a prosecutor, then Loren would hang you or shoot you.

Trump doesn’t show the slightest discomfort at being on the same team as other violent fantasies across the country. The Washington Post noticed this trend and declared it the grandfather of it all: “Trump’s violent political rhetoric is metastasizing within the Republican Party,” they wrote in an op-ed last week.

This article quoted a congressional candidate from Virginia who wanted to execute election officials; an Arizona state senator who called for the public hanging of her enemies; and an Arizona congressman who made an animated video of himself killing Democratic Rep. Alexandria Ocasio-Cortez. All of them are party stars anyway.

I suspect the only way to prevent violent rhetoric from party actors like this from eventually turning into actual violence is for Republicans themselves to finally take a stand against this virus in their own party .

Where is the state party on this, or the elected GOP officials, or the county party organizations? Do you all agree that one of your Trump-backed candidates is publicly calling for the lynching and execution of justice officials?

It’s your party: you can’t take the message to the Anti-Defamation League to say from afar that this is terribly, horribly wrong.

If we don’t hear much – and we probably won’t – it seems that our politics are going around in circles on a dangerous road.

[email protected]; Danny Westneat takes an informed look at the news, people and politics of the Puget Sound area.