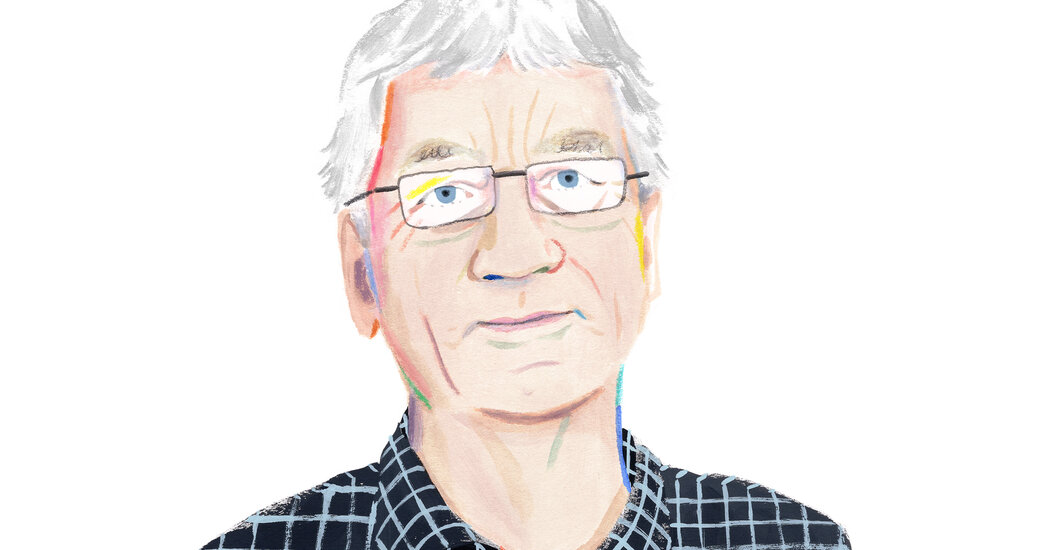 Since gender supposedly transcends biology, its relationship to sex and sexual differences is a thorny issue. But even books that emphasize the cultural side, like Margaret Mead’s “Male and Female,” can’t circumvent some universal human gender differences. Perhaps the best modern read is a combination of Deborah Blum’s “Sex on the Brain” and Cordelia Fine’s “Testosterone Rex,” the former being biology-friendly and the latter more skeptical.

How do you organize your books?

As I rely on my personal library for writing, the books are categorized by subject, the top three being Monkey Studies, Monkey Studies (primatologists never confuse the two), and Animal Cognition. Additionally, there are sections on neuroscience, philosophy, evolution, non-primate animals, anthropology, and human psychology. I also have quite a few art and photography books. Oh, and the entirety of “Brehms Tierleben”, Alfred Brehm’s 19th century German animal encyclopedia, printed in an almost unreadable gothic typeface. I keep fiction books in other parts of the house.

What kind of reader were you as a child? What childhood books and authors are you most interested in?

My godmother always brought me a big book for my birthday, which I read with avidity. She may not have known how happy she made me until I told her much later. They were adventure books, like those by Jules Verne or “Ivanhoe” by Walter Scott. I also borrowed my brothers’ books: With five brothers, there was plenty to choose from. I devoured comics — comic strips in the Franco-Belgian tradition, such as “Tintin”, “Willy & Wanda” and “Astérix”.

What’s the most interesting thing you’ve learned in a book recently?

In 1827, Alexander von Humboldt, the German naturalist, defied convention by admitting women to his university lectures. Men laughing at their presence, women made up half the audience at his popular courts. Von Humboldt was a pioneer in many ways. I knew his name long before I opened “The Invention of Nature”, by Andrea Wulf, but not his full story. I read with amazement of his travels around the world to discover how all of nature is interconnected. If we now talk about the earth as one huge ecosystem, which humans cannot treat (and ruin) as they wish, we have von Humboldt to thank for that.

What genres do you particularly enjoy reading? And which do you avoid?

I read Kazuo Ishiguro’s “Klara and the Sun” to see if his speculative fiction is as good as Murakami’s. It was pretty good, but not as good. When I read novels, I like a bit of history in them, so that I also learn about a certain place or a certain time. For the same reason, I read history books, whether real or imaginary, like recently “The Spinoza Problem”, by Irvin Yalom. The books I enjoy the most, however, are simple non-fiction books, as I hope is next on my list, which is Jonathan Meiburg’s “A Most Remarkable Creature,” on the caracara, a raptor.

What book might people be surprised to find on your shelves?

One of my treasures is a book I received a long time ago from other students as a gift for my doctorate. It is a beautifully illustrated volume on Hieronymus Bosch, the medieval painter. Many people find his art disturbing, but I was born in the city where he lived and worked, and grew up with his imaginative visions of heaven and hell. I love his attention to facial expressions while depicting the sins and follies of mankind. There are also tons of animals in his paintings mixed with trees, fruits and half-human, half-animal figures. Bosch was the world’s first surrealist.

The metaverse, a challenge for media business models