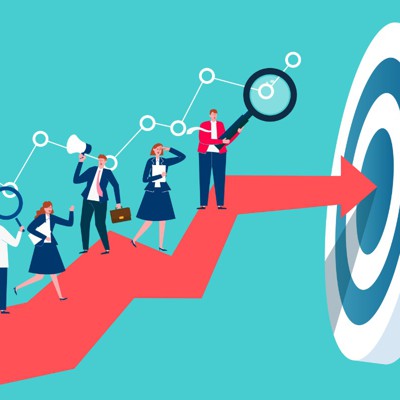 Calls for rebuilding the federal workforce began in 2020 when the National Academy of Public Administration ranked “Modernizing and invigorating the public workforce” as one of the 12 “Great Challenges” facing the nation. Since then, the workforce has been the subject of countless congressional hearings, panel discussions, podcasts, and even a TV show in the Washington area. The Biden White House has issued several executive orders and memoranda focused on strengthening the workforce.

NAPA made three recommendations focused on adding talent: spark interest in the public service, move to more flexible pay and job classification, and reform the hiring process. A working group also recommended improving the quality of managers and supervisors and identifying talent management as a presidential priority.

But beyond “the quality of managers”, the many reports written on the subject are largely silent on two issues which are continually at the center of private sector initiatives. First, the workplace attributes highlighted in research on high performance organizations and Great Places to Work — open communications, trust, collaborative working relationships, and so on. Second, the only reference to “performance” in the NAPA document is in the statement criticizing “” promotion rules that prioritize longevity over expertise and performance.

NAPA has of course produced several reports focusing on performance management. However, the performance management of the agency and that of the employees are unfortunately treated as independent issues. This reflects the history of the civil service, the applicable statutes and the distinct roles of the Bureau of Management and Budget and the Bureau of Personnel Management.

A House committee used the word “revitalization” in the title of a hearing on actions needed “to repair, rebuild and fortify [the civil service] for the future. ”The use of the word implies that a revitalized workforce will be more firmly committed to an organization’s mission. However, during the hearing, only James Sherk, Trump’s advisor on matters policy, discussed performance – and he focused on dealing with bad performers.

Reports and audiences are valuable – building a broad consensus is important for investing in the workforce – but as long as day-to-day performance management remains unchanged, it is unrealistic to expect better results.

There was a time in the distant past when the job of “manager” was relatively simple. They told their subordinates what to do and made sure they were doing it. Industrial engineers were responsible for defining jobs and performance expectations. Seniority served as the basis for the appointment of new supervisors. Manager training was limited, focusing on company policies and legal requirements.

In the years following World War II, pent-up consumer demand fueled exceptionally strong economic growth. With the rapid growth, large organizations have emerged; owners / managers have been replaced by a group of professional managers trained in business schools. Growth continued, with brief slowdowns, until 1990, when global competition and recession necessitated cost reductions. A common response was to eliminate management levels, which opened the door to employee empowerment. Personal computers and cell phones have become widely used, allowing managers to monitor results remotely. Knowledge jobs have emerged. The pandemic and remote working are the latest development. The changes in the work management paradigm have been revolutionary.

Research has also confirmed the old adage that “people quit their bosses, not their jobs”. In government, a dissatisfied employee may be reluctant to quit (withdrawing accrued benefits is costly), but they may resign and sometimes resign. It is costly since their dissatisfaction affects other employees.

Gallup studies show that managers and their approach to supervision account for 70% of the variance in employee engagement. Their analyzes show that the level of commitment is correlated with several performance indicators (absenteeism, turnover, accidents, errors, etc.) associated with operating costs. To quote a recent Gallup article: “In almost every dimension of a company’s success, the manager makes a difference. From diversity and inclusion to productivity and retention, the manager plays a unique role in the life of an employee.

It should be noted that increasing performance levels requires changes. Investing in managers to develop supervisory practices associated with high performance will pay off with better results.

All the evidence suggests that far too many federal managers rely on an approach to oversight that is not significantly different from what it was decades ago. Unless there is a reason to change, managers carry on the supervisory style they have learned from their experience. Evidence from other sectors shows very clearly that performance cannot be improved as long as work experience and the approach to supervision remain unchanged.

At the time of writing, the OPM has announced its intention to begin the 2021 Federal Employee Perspective Survey in November. It would be appropriate to relate the results to performance measures from the Gallup survey and similar research studies. The survey data could be used in an analysis to compare responses related to the performance and practices of the most effective managers.

Best practices for managers are likely to vary from agency to agency. Certainly, there are common cultural characteristics, but effective supervision in agencies as diverse as the Bureau of Engraving and Printing and the Internal Revenue Service must require somewhat different supervisory behaviors. An analytical study would identify the differences. The analysis could also identify groups or archetypes of managerial styles.

Then, the agencies would have the information needed to develop manager training programs, develop more targeted assessment instruments and use coaches to work with managers in need of improvement.

But when the goal is to improve performance, change is essential. Research, as well as personal experience as parents, tells us that desired behavior needs to be reinforced and rewarded. In other sectors, performance pay for managers is universal. It is a proven strategy to improve results. The success of a manager must be directly linked to his efficiency.

A key issue for government is how it defines jobs. For example, the 0500 standard for professional and administrative work in the accounting, auditing and budget group is 103 pages long – and it is one of the most recent, published in 2019. No other sector has it. would never consider something like this. Its cries of outdated bureaucracy. It would be interesting to know how often these pages were actually read.

Despite the volumes of job literature, anecdotal evidence suggests that an unknown number of jobs are being outclassed. However, the OPM no longer has the capacity of staff to verify the notes. This undermines the credibility of the GS system. Again, change is needed.

In today’s uncertain environment, jobs and performance expectations change throughout the year. As a guess, the sudden switch to remote work must have invalidated virtually all existing standards. In business, planning focuses on improving results.

Assuming agencies want to improve performance – this is discussed in reports but not supported by evidence – it would be much more productive to move to widely used goal-based management, with managers and their staff discussing and discussing. granting on expected achievements. Employees work their best when they are empowered and know what they need to accomplish.

When a person is asked about their work, they can describe what they are doing in a minute or two. Similar brief descriptions are used in salary surveys.

Descriptions should include a statement summarizing how the incumbent contributes to the success of a team, unit or agency, relevant metrics to assess performance, knowledge and skills associated with good performance, career paths, reporting lines and working relationships with colleagues and other units. This information is relevant at all stages of talent management.

The objective: to create a culture of performance

Business planning emphasizes growth and profitability. These cascading goals described in the manuals always end with what is known as the end result. It works in part thanks to financial incentives. In the past, it was said that “it is the salary that counts”. Today, millions of employees are resigning. This clearly shows that today’s employees want something more.

The government should have an advantage. A June McKinsey podcast, “The Search for Purpose at Work,” captured the value of work that provides “a sense of direction, intention and an understanding that the contribution you make is going somewhere. [and a] reason to go to work every day. The objective “is generally aimed at higher values ​​or a higher mission”. This describes government service.

PANA reports have repeatedly stressed the importance of “mission accomplishment”. Agency objectives and performance measures have been required for nearly two decades. A 2004 GAO report, “The GPRA has laid a solid foundation for better results,” noted the agency’s progress.

However, even though that was years ago, a key point of the report is that managers agreed that they are “accountable”, but a significantly lower percentage agreed that they have “the decision-making power to help. the agency to achieve its strategic objectives ”. In addition, less than half “said they received relevant training” or “positive recognition to help agencies achieve results”.

This reality represents one of the most important differences when government practices are compared to best practices in the private sector. Empowering managers is fundamentally important. Additionally, in business, the salary package for managers at all levels includes “merit” salary increases and cash incentives. Add to this opportunities to recognize team and individual accomplishments and agencies are expected to achieve significant performance gains. Everybody wins.