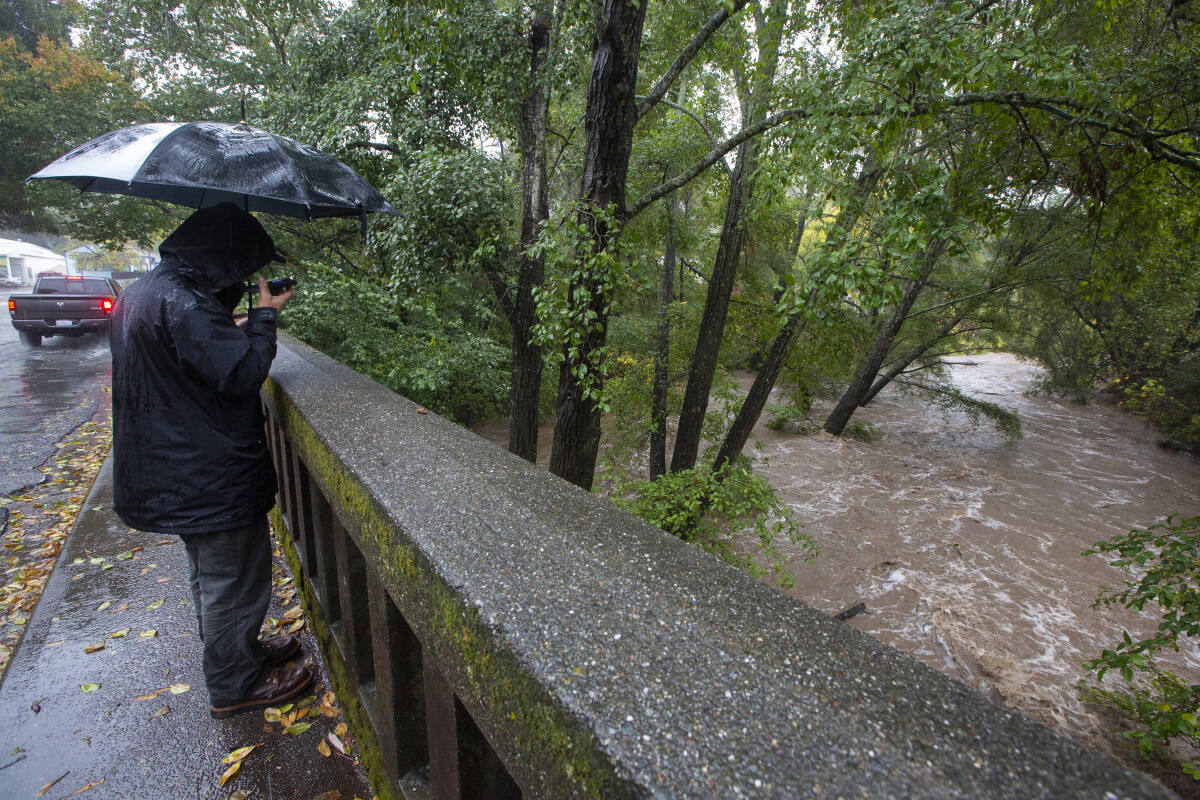 The recent storm may have flooded the area, but the threat of forest fires will continue

The ground was finally wet again; the trees refreshed and vibrant with fall colors; cool, humid air, as it should be as winter approaches. At the right time, local Cal Fire officials lifted the seasonal ban on debris and agricultural burning, within normal permit requirements and safety limits.

But Cal Fire says the risk of wildfire remains real and will be for the foreseeable future, in the absence of several more downpours that so far have not appeared in the forecast.

It’s always high season for the dry northerly winds that sweep the landscape and suck moisture from the forests and meadows. Santa Ana winds in the Southland, where little rain has fallen, remain in season.

“We’re still not out of the woods, by any means,” said Mendocino unit chief George Gonzalez. “In reality, it takes a windstorm and everything is likely to catch fire again. “

The state firefighting agency remains fully staffed and likely two months or more away from the release of one of its seasonal firefighters, said Jon Heggie, a chief of the Cal Fire Battalion.

“We never really leave California wildfire season,” Heggie said. “We had devastating fires in December, January and February. What we do is we have different levels of preparedness, and by that we mean a staffing based on weather and fire response. “

That said, firefighters are grateful for the storm that ravaged the area last weekend, dumping so much rain on the area that it has brought measured precipitation to Santa Rosa since October 1 at 10.60 inches, a third of the 30-year annual seasonal average of 30.19 inches, the National Weather Service said.

There could also be some rain on Monday, but how much remains in question. It certainly won’t be anything like last weekend, said National Weather Service forecaster Sean Miller.

The atmospheric river that just came and went “was essentially unique,” Miller said. “It’s not some kind of winter trend.”

But with a little less daylight each day and more overcast skies lately, it is possible that downed trees and dead wood are being felled, and that struggling vegetation may retain its moisture longer than it does. it would otherwise, said Northern Sonoma County Fire District Chief Marshall Turbeville, a battalion commander with Cal Fire.

Turbeville said he felt optimistic about the outlook for a year without a major wildfire in the region, despite the terrifying odds of summer and a second year of severe drought that made a catastrophic fire somewhere in the country inevitable. the region.

There have been a few near misses – the explosive and destructive Cache Blaze near Clearlake and the Hopkins Blaze near Lake Mendocino.

But with only a few days remaining in October – a particularly dreaded time of year – and damp fuels from the recent storm, the North Bay area appears on track to move through November without a major wildfire for the first time since. at least 2015.

“Technically it might still be too early to tell, but my hunch is we dodged a bullet,” said Turbeville. He noted a few fires under an acre in Sonoma County in October and a few more in September – the largest of which charred about 15 acres northeast of the city limits of Petaluma, destroying a house and several outbuildings. and causing hundreds of evacuations.

He recognized a fire that burned about 150 acres near Tracy even as rain fell around Northern California.

Heggie also said that drought-weakened trees take a long time to absorb enough water from the earth to build their flame resistance.

“The fire season lasts all year round,” Turbeville said. “It’s all based on the premise that we could have a fire, especially in California, on any day of the calendar year.

“To be honest,” said Gonzalez, in Mendocino County, “I’m going to be on pins and needles until I’m not anymore.

“The new era of firefighting in California is very different from when I started. There is no easier calculation for these incidents, so we are really in a 12 month fire window. “