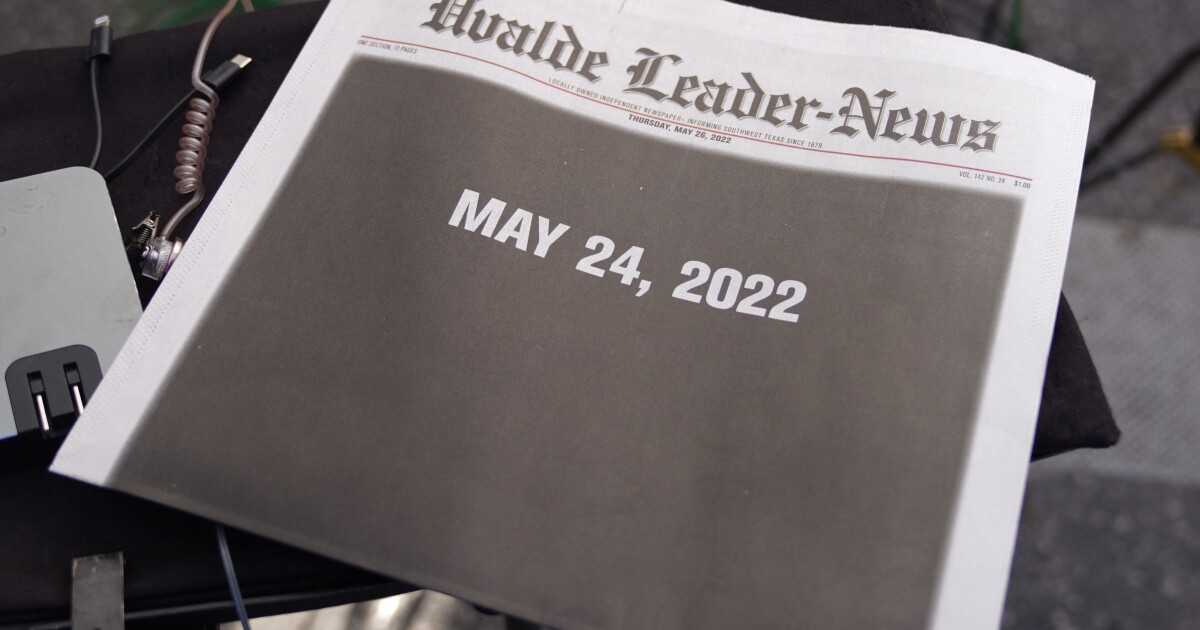 There are 2 ways the media covers mass shootings. Here’s why the difference matters

What is the role of journalists when covering the mass shooting crisis in the United States, and how can they responsibly report on tragedies like the recent shootings in Uvalde, Buffalo and Tulsa?

These are complicated but crucial questions that need to be answered, says Dannagal Young, a professor at the University of Delaware who studies the impact news stories have on audiences.

In particular, her research examines whether the media is biased towards coverage of specific events and individual people, rather than looking more broadly at what leads to tragedies such as mass shootings.

Young explains why this matters, how the media should cover mass shootings, and the one question she says journalists should be asking.

This interview has been edited for length and clarity.

On episodically or thematically framed reports

Work was published in the early 1990s to explore whether or not the way stories are told might affect the kind of attribution of responsibility viewers or readers might make. So if you’re telling a story about individual people, individual issues, really following that story arc, is it possible that you’re actually going to encourage those readers and listeners to assign responsibility and look for solutions at the level of the individual In the story?

I think it depends on what outlets we’re talking about. I’ve seen a lot of attention given to more thematic coverage that examines the history of gun control in the United States, rates of gun violence broken down by state, and so on. These thematic stories put what happened in Texas into a larger context. framework — a political framework, a cultural framework, a historical framework. It’s thematic.

However, as the story began to unfold and we learned of the failures at the level of Uvalde policing and school policing in particular, some of these stories really started to focus on individuals. , instead of thinking more broadly about firearms. violence as an epidemic in the United States.

When a story is told in terms of individual people, our brain will activate constructs about that person at that place at that time. And we’re naturally going to want to protect ourselves as well and say, “Well, this horrible thing wouldn’t happen to me, because look, it happened over there to those people in that place.” And we’re going to extrapolate from that and say, “If I don’t do these things, I’m not here, and I’m not these people, it’s not going to happen to me.”

Unlike more thematic, broader coverage in terms of systemic factors that may be contributing to this trend, this will encourage people to think: what could the system do? What type of legislation could be enacted to address this problem?

On the question all journalists should be asking

The question I wish all journalists would always ask is: what will help Americans understand not just this day, but this larger issue? What will help them determine what action they might take? What legislation might be able to come? These are the questions that must be asked.

I do. Because it seems like I’m just talking about how we all need to talk about gun law and gun reform. But there are also conversations that need to take place about how we deal with mental health issues in this country and how we deal with extremist groups in this country. These are all conversations that would help Americans come closer to understanding not just the event, but the larger issues underlying the event.