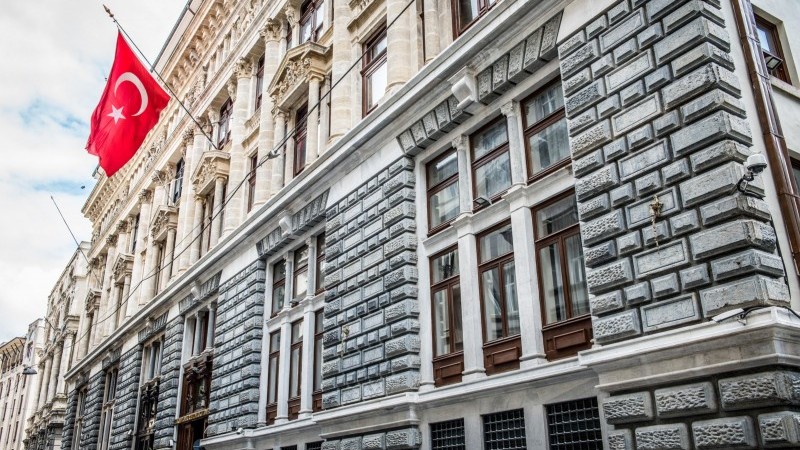 In line with market consensus, the Central Bank of Turkey (CBT) kept the policy rate at 14% in the second rate-setting meeting of the year. The statement accompanying the rate decision remained broadly unchanged, reiterating its ongoing assessment of the policy framework and “prioritizing the reading strategy” in all policy tools. Thus, the bank maintained its wait-and-see approach following the introduction of the Foreign Currency Deposit System (FX) to increase household demand for savings in Turkish Lira (TRY) by reducing their currency risk.

The CBT rating note this month was almost a carbon copy of the note shared after the January meeting. The bank’s views on the global outlook remained unchanged, as it attributed the jump in inflation to “price formations that are not supported by economic fundamentals”, supply-side factors , including an increase in world commodity prices, and changes in demand. For the future evolution of inflation, the bank remained quite optimistic, recalling that it is witnessing the start of disinflation thanks to the measures taken by policymakers and favorable base effects. In this regard, the CBT projection for 2022 at 23.2% for this year is well below the market consensus of 35%, indicating lofty and unanchored expectations, according to the February release of the participant survey. at the market.

For growth prospects, the BCT foresees the continuation of vigorous economic activity while maintaining its call for a current account surplus this year. However, it should be noted that the current account deficit, which had narrowed throughout 2021, widened in December. Early indicators for January show continued import strength with a surge in energy imports, pointing to further near-term expansion with a higher trade deficit. The BCT is also closely monitoring loan growth with a focus on “long-term Turkish lira investment credit” which the bank says plays “an important role” in improving the current account balance. and therefore price stability.

Finally, the forward guidance showed a minor change as the BCT reaffirmed that it would continue to use all available instruments decisively and added this month that it would do so “as part of (its) reading “. In recent weeks, the BCT has introduced a new policy focused on the “delivery” process with three pillars, including new financial products, diversification of collateral and regulations regarding liquidity management practices. As a result, the deposit instrument providing currency risk protection is also extended to corporate foreign currency deposits, while the government has also passed a law exempting deposits converted into TRY from corporate tax. The latest decision was to further extend the program to Turkish citizens living abroad to repatriate their savings to Turkey. The BCT has signaled in its note to the Monetary Policy Committee that these policies are likely to continue.