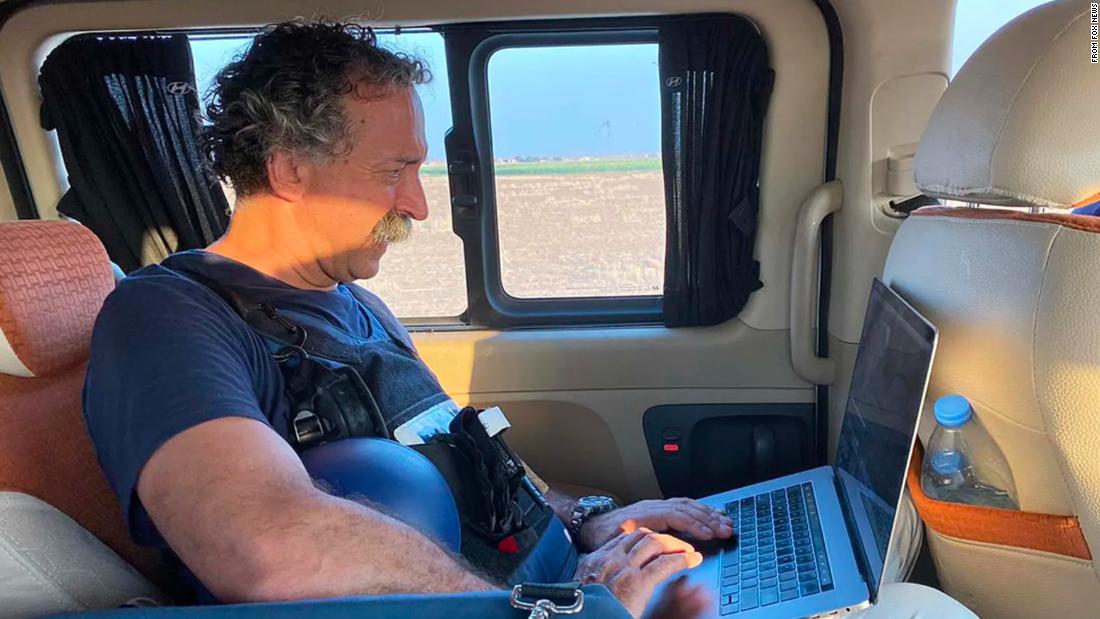 Zakrzewski’s death was announced by Fox News Media chief executive Suzanne Scott. Scott said in a memo to employees that he was killed when the vehicle the Fox News crew was traveling in came under fire.

The deaths come as journalists working in Ukraine increasingly come under fire from criticism. Brent Renaud, an award-winning American documentary filmmaker, was killed in an attack on Sunday that also injured journalist Juan Arredondo. A Sky News team released footage earlier this month showing them being violently ambushed.

On Tuesday, Scott remembered Zakrzewski as a journalist “deeply committed to telling the story and his bravery, professionalism and work ethic were recognized among reporters across all media outlets.”

“He was hugely popular – everyone in the media industry who covered a foreign story knew and respected Pierre,” Scott said.

Scott described Zakrzewski’s talents as vast and said “there wasn’t a role he hadn’t jumped into to help out in the field – from photographer to engineer to editor and the producer. She said he “did it all under immense pressure with great skill.”

Zakrzewski was a seasoned photojournalist who had “covered nearly every international story for Fox News, from Iraq to Afghanistan to Syria,” Scott said. He had been reporting from Ukraine since February.

Tributes immediately poured in from Zakrzewski’s colleagues at Fox News.

Anchor Bill Hemmer, who broke the tragic news on the network’s airwaves, described Zakrzewski as “an absolute legend” on the network.

Presenter John Roberts said he had worked with Zakrzewski “many times around the world” and described him as “an absolute treasure”.

Foreign correspondent Trey Yingst, who also reports from Ukraine, wrote on Twitter: “I don’t know what to say. Pierre was as good as he could be. Selfless. Courageous. Passionate. I’m so sorry this bothered you come. “

Zakrzewski’s counterparts on other networks also remembered him.

Clarissa Ward, CNN’s chief international correspondent, said she had “the great privilege” of having worked with Zakrzewski and “the even greater privilege of calling him a friend.”

“Amazing spirit and immense talent and one of the kindest and kindest colleagues on the road,” Ward wrote on Twitter. “Absolutely heartbreaking.”

Fox News had just recognized Zakrzewski in December as one of the “unsung heroes.He was described at the time as a reporter who “risked his life in war zones to get the Fox News story.”