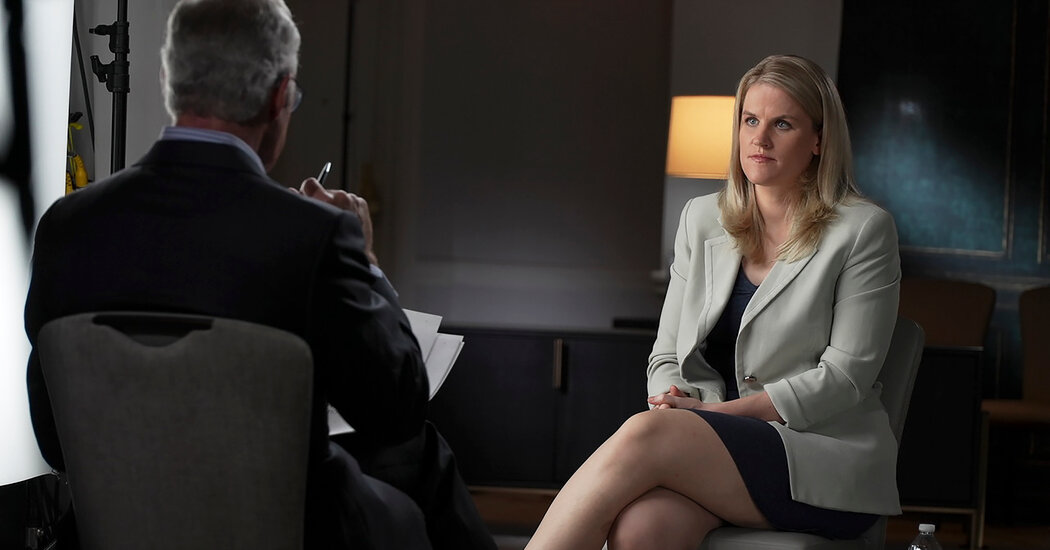 Who is Frances Haugen? – The New York Times

Who is Frances Haugen?

For weeks, the former Facebook product manager has been making waves behind the scenes. After accumulating thousands of pages of Facebook documents while working at the company, she shared the treasure with the Wall Street Journal, lawmakers and regulators, which led to revelations that the social network was aware of many of the damage it was causing.

Ms Haugen did not reveal herself until Sunday evening. It was at this point that she launched “60 minutes”, began Tweeter, published a personal website, launched a GoFundMe and announced a European tour to speak with lawmakers and regulators. The move was scheduled ahead of a Congressional hearing on Tuesday, when Ms Haugen is scheduled to testify in person about Facebook’s impact on young people.

Details of Ms Haugen, 37, have since become known. Originally from Iowa City, Iowa, she studied electrical and computer engineering at Olin College and received an MBA from Harvard. She then worked at various companies in Silicon Valley, including Google, Pinterest and Yelp.

In June 2019, she joined Facebook. There, she dealt with issues of democracy and disinformation, as well as counterintelligence within the Civic Disinformation Team, according to her personal website.

She quit Facebook in May, but not before exfiltrating thousands of pages of internal research and documents. These documents formed the basis for a series of Journal articles and a whistleblower complaint that she and her attorneys filed with the Securities and Exchange Commission.

Despite her seemingly contradictory stance, Ms Haugen said she didn’t hate Facebook and just wanted to make it better.

“We can have social media that brings out the best in humanity,” she said on her website.

While sharing some of the company’s documents with members of Congress and the offices of at least five attorneys general, Ms Haugen decided not to provide them to the Federal Trade Commission, which filed an antitrust complaint against Facebook. She said she doesn’t believe antitrust enforcement is the way to solve the company’s problems.

“The way forward is about transparency and governance,” she said in a video on her GoFundMe page. “It’s not about breaking Facebook.

In remarks prepared for Tuesday’s hearing, which were released ahead of time, Ms Haugen also compared Facebook to tobacco companies and automakers before the government intervened with regulations on cigarettes and belts of security.

“Congress can change the rules that Facebook follows and stop the harm it causes,” she said.

Real People Media has a lot of stories to tell | News, Sports, Jobs